For the first time in Brazil, a renowned futsal championship League has a betting company as a sponsor. The partnership between KTO and Liga Gaúcha de Futsal was signed last week, when the organisation made the official announcement during an event in Brasília. KTO has a deal with italian football club Napoli, with the company becoming a regional betting partner in Latin America and Africa, and now arrives to the Brazilian market. 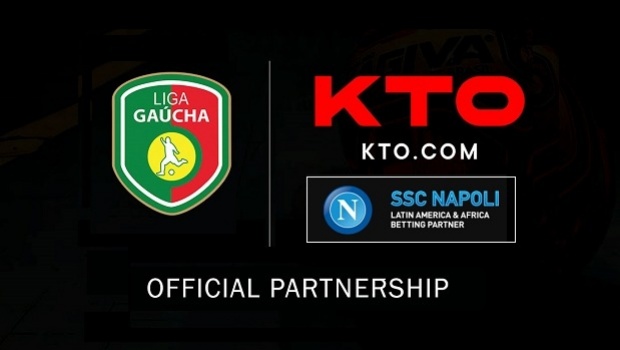 This is a great opportunity for deeper engagement between the teams and its cities. Through this partnership, KTO shows a very different strategy when compared with the other sportsbook brands. Newcomers are all trying to get a share of the Brazilian market, focusing mainly on football sponsorships.

The Liga Gaúcha de Futsal is the first Brazilian Futsal championship to receive a sponsorship from a sports bookmaker. The partnership was signed with KTO, a website that launched in the country at the beginning of the year. This has been well received by bettors within the region as KTO is generally first to market. In addition, the bookmaker offers small and medium-sized markets around the world.

KTO’s sponsorship includes three divisions of the competition, with almost 400 games and more than 50 cities in Rio Grande do Sul, a state with a great tradition in futsal. The decision to sponsor futsal was not by chance. According to the National Manager of the brand, Cássio Filter, "Futsal is a sport discipline with great commitment and equality. By sponsoring the league, we are not just exposing KTO as a brand, but also delivering memorable moments and instilling a sense of community in the region."

The partnership between KTO and Liga Gaúcha de Futsal developed naturally. The willingness to collaborate in partnership accelerated the process. "Today we have the biggest regional futsal championship in Brazil and innovation has always been one of our brand values. Having a bookmaker such as KTO sponsoring us is the first step to new market opportunities for futsal”, explains Nelson Bavier, president of the Liga Gaúcha de Futsal.

The KTO site has a Curaçao license and is part of a global brand, which will expand into the Asian market this year. Currently it operates in Germany, Austria, Norway and other European countries. Initially, KTO gained traction in Brazil after entering into a partnership with Napoli for Latin America. During the second half of this year, the company’s vision is to increase its presence in brazil by exploring different marketing strategies.