The ideas of the Ministry of Economy on the regulation of gambling sites in Brazil were well received by experts in the subject and the sports community. But there are some questions about license value and prize guarantee. Attorney Pedro Trengrouse thinks the federal government needs to justify how it came up with tax and fee numbers: 'Whoever is setting the value has to present the study on which it is based. You can't accept magic.' 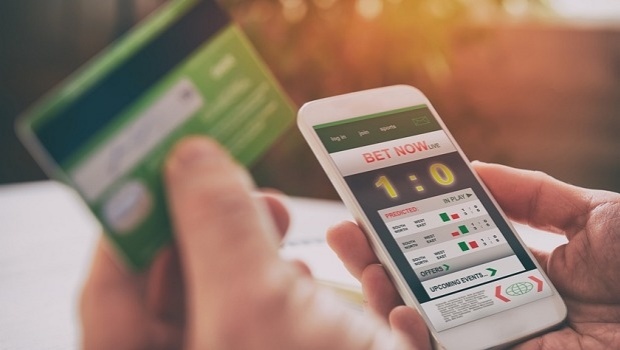 At the moment, the federal government is working on the drafting of the decree that will establish the norms, the tax regime and the punishments for those who operate in the illegality, among other matters. “Everything indicates that there will be taxation closer to the English model. This attracts investment and diminishes the illegal gambling market. That's the main point of this proposal,” analyzes Angelo Alberoni, expert on the theme and owner of a site about betting.

The tax regime chosen is 1% on the companies' revenues. Companies interested in operating in Brazil asked for the tax to be calculated on the Gross Gaming Revenue (GGR), which is gross revenue minus prize money paid to gamblers.

For Alexandre Manoel Angelo da Silva, national secretary of Public Policy Evaluation, Planning, Energy and Lottery of the Ministry of Economy, the federal government proposal addresses this demand. “There is a tax on the GGR that enables the business of 6%, 7%. It is the regime of Italy and England, most developed markets. What we did is the equivalent: taxing 1% (of revenue) equals 5% to 7% of GGR,” he says.

Another important decision was to establish the authorization regime for companies to explore the sector. That is, those who follow the legislation will be able to operate. There was a possibility that Brazil would adopt the concession regime, in which the government determines how many companies can exploit gambling in the country. “The conditions are liberal, which should foster the market,” says Bruno Maia, CEO of sports marketing agency 14. He is also vice president of marketing at Vasco da Gama.

To operate in the country, companies will have to pay R$ 3 million (US$ 732,000) for the license, which will be valid for nine years at the federal level. That is, companies will be able to explore bets throughout the national territory. After this period, they will have to pay a new fee, to be established, with possible readjustment. Firms will also have to pay monthly amounts according to the chosen operating regime. Those who choose to receive bets online and in the physical, for example, will have a fee of R$ 45,000 (US$ 11,000) per month.

Another expense for companies is the guarantee that prizes will be paid to gamblers even if the operator breaks down. That is, if the prize volume is higher than the collection. For this, companies will have to have a financial reserve of at least R$ 6 million (US$ 1.45m).

It is in relation to this value that there is criticism, as of the lawyer Pedro Trengrouse, vice-president of the Special Commission of Law of Sports, Lotteries and Entertainment of the Federal Council of the Brazilian Bar Association. For him, the federal government needs to justify how it came to the tax collection and tax numbers. “Who is setting the value has to present the study on which it is based. You can't accept magic. You have to show what the basis is, where those numbers came from.”

According to Silva, the studies were made based on the situation of two markets: Italy and the United States. “Hence, we consider purchasing power parity, the fact that it is green field (market that starts its activities, as is the case of Brazil), etc. In order to adjust the comparative values,” said the secretary.

An important point in betting legislation is the punishment of offenders. The federal government wants to amend the Penal Code to impose tougher punishments on those who do not follow the law.

Under the bill, those responsible for illegal websites will be subject to one to five years imprisonment and a fine. Those who participate in manipulation of results can be punished with detention of two to eight years, in addition to a fine. This will require congressional approval for the change.

“You have to change the legislation. Criminalize with imprisonment. It is fundamental for the activity to be within the best practices in the world,” says the secretary.

With the final drafting of the draft, the government will hold a public consultation for 15 days. The goal is in October to start the processing of the law by the various federal authorities. Under the schedule, the regulation would receive presidential sanction from Jair Bolsonaro in December.

Signed the law, there would be a period of 180 days for the federal government to move between 18 and 24 servers to monitor betting in the country. They will work three shifts of 8 hours, 24 hours a day.

The idea of the government is that monitoring is done by companies hired by sites that would operate in Brazil. In case of suspicious moves, these companies would have to report the incidents to the betting firms and the department that will handle the sector in the federal government.