At the Humboldt Hotel

Maduro authorized a casino in Caracas that will work with cryptocurrency

Venezuelan President Nicolás Maduro has announced that he has authorized the opening of a casino in Caracas that will work with the petro, the crypto that he launched two years ago and on which sanctions of the United States authorities weigh. 'At the Hotel Humboldt ... an international casino will open and everyone who wants to bet will do it on the petro, and all these resources will be allocated to the state for health, education,' said Maduro during a government act. 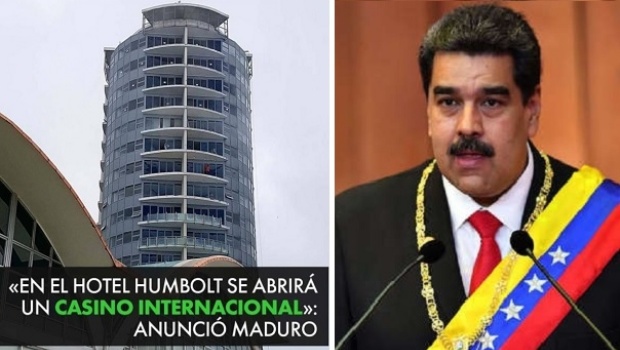 Maduro said that the bets in the new casino can be made "in convertible currency" and that users can buy "your petro token, you can buy if you bring yuan, yen, dollars, euros, or any other cryptocurrency."

"You buy your 100 petros and place your legal bets, allowed by the State, as contemplated by national laws," said Maduro.

A legal business in Venezuela

In Venezuela, the operation of casinos and bookmakers is authorized by a law enacted in 1997 that states that the National Commission on Casinos is the entity responsible for granting operating licenses.

Among the requirements that Venezuelan law establishes to approve a casino license is that the premises be located in an area declared by the authorities to be touristy or in a five-star hotel with a minimum of 200 rooms, in addition to meeting the minimum capital requirements.

The Humboldt Hotel is located at the top of the Waraira Repano hill, also known as El Ávila, in Caracas, and was opened for the first time in 1956. At the end of last year, it returned to operation after a period of inactivity.

Maduro promotes the use of petro

The petro was launched almost three years ago by Maduro in the midst of his attempt to escape US and European Union sanctions against some state officials and companies. But just days after its launch, the United States banned its use.

Last week, Maduro ordered the sale of millions of barrels of oil and the collection of public services in petros, with the aim of promoting the use of the cryptocurrency.

At the presentation of his 2019 annual balance before the National Constituent Assembly, formed only by Chavistas, Maduro announced that all services (…) of the Venezuelan State that are currently charging fees, taxes and commissions in currencies will be charged in petros.