Flamengo's eSports division is booming. Initially with League of Legends and then with Free Fire, the Rio de Janeiro’s ‘rubro-negro’ announced this Monday (28) the new team of the Pro Evolution Soccer (PES) 3 × 3, composed by renowned names of the specialty such as Alan Leal, Vitor 'Myth' Abdalla and Leonardo 'Jambock'. 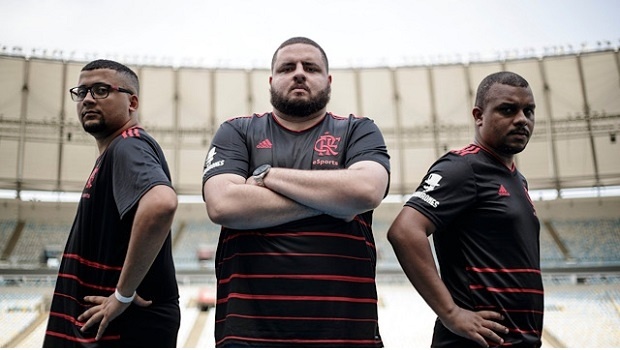 Known names of the scene with great performances nationally and internationally, the players were presented with photos on the main stage of real life football in Brazil: the Maracanã stadum.

Alan Leal is already used to wearing Flamengo’s jersey. In 2019, he represented the club at eBrasileirão, the official digital championship of the Brazilian Football Confederation (CBF).

Like Alan, “Mito” Abdalla is another big name on the team. PES 2019 Americas Champion and listed in the World Top 3 of the modality, the player already acts representing ‘Mengão’ in the 11 × 11 team.

The last member of the team is Leonardo “Jambock”, who has also represented the club at eBrasileirão in the 2018 edition, reaching the grand final of the national competition.