According to initial conditions

Aspire Global has finalized the acquisition of 100% of the shares of BtoBet Ltd, a leading B2B sportsbook and technology provider. The acquisition of BtoBet, together with the one last year of aggregator and games studio Pariplay, has positioned Aspire Global among the world’s leading iGaming suppliers. The purchase price was €20 million in cash, of which €15 million at closing and €5 million twelve months after closing. 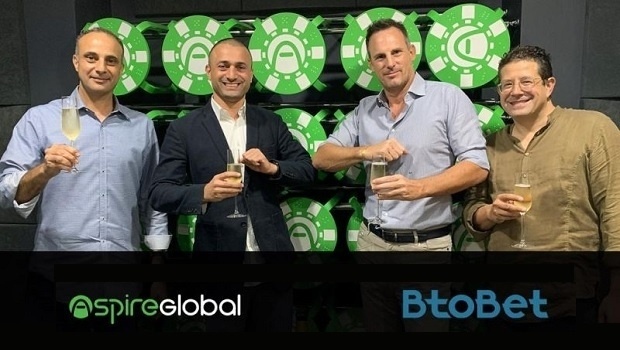 The acquisition of BtoBet was announced on 17 September 2020 and following approval by North Macedonian authorities the transaction has been closed according to the initial conditions. BtoBet is consolidated as of 1 October 2020 by Aspire Global.

The purchase price was €20 million in cash of which €15 million at closing and €5 million twelve months after closing. In addition, there is an additional consideration based on BtoBet’s performance two years after closing.

This consideration is seven times BtoBet’s EBIT in the second year from closing date minus the purchase price of €20 million. In 2019, BtoBet had revenues of €4.4 million and an EBITDA of €1.5 million and in the first six months of 2020 revenues were €3.1 million and EBITDA €1.2 million.

The transaction is supposed to have a material positive effect on Aspire Global’s EBITDA as of 2021. The acquisition is not expected to have any material effect on the financial results in 2020.

The acquisition of BtoBet and its B2B sportsbook constitutes a key part of Aspire Global’s growth strategy since it is a major step in creating an offering that covers the main elements of the B2B iGaming value chain. With the proprietary sportsbook Aspire Global controls the IP in the full value chain and consequently also steers the complete roadmap. In addition, the proprietary sportsbook provides Aspire Global with the highest flexibility when it comes to adding new features and securing fast time to market.

BtoBet announced its most recent partnership on 7 October with Betfair, which has chosen the company’s cutting-edge sports and PAM platform, Neuron 3, for its operations in Colombia. The deal further expands BtoBet’s position in Latin America and strengthens its leading position in Colombia.