“Gaming legalization must be voted after elections, with urgency and supported by Planalto”

In yet another interview for the GMB One-On-One cycle, Gildo Mazza talks to Senator Angelo Coronel, of the PSD of Bahia, who is an advocate for the legalization of the gaming sector in Brazil. Rapporteur of Bill 2648, the parliamentarian prepared a substitute in which he expands the proposal to regulate all modalities and says that it’d voted after the elections. 'I defend not only casinos, but also jogo do bicho, slot machines, bingo and electronic games', he says, recalling that 'we will have something between R$ 48 to R$ 50 billion per year in taxes.' 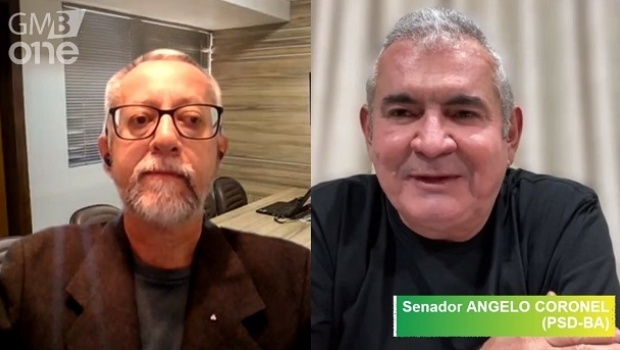 Check out the main excerpts from the interview.

GMB - You have been defending the activity as a way to bring to legality several modalities that already exist in Brazil. It's time to bring them all to formality, isn’t it?
Senator Angelo Coronel - Certainly. I talk to people who support gaming, and they are crazy about regulation. Nobody else wants to go underground. This for me is a great asset because people want to leave informality and contribute to Brazil, even though they already contribute because they apply it to other activities that generate taxes. But it is important to get out of hiding and illegality and follow the world rhythm. We are not inventing the wheel or gunpowder. We also want to put Brazil on the list of countries that have the gaming sector as a legal activity.

I defend not only casinos, but also jogo do bicho, slots, bingo and electronic games. Especially in the Northeast, jogo do bicho became a culture. Money changers have jobs guaranteed by the activity. If this type of game ended, our social problem would increase even more. We must not miss this opportunity. The matter has already been debated in Congress in the past legislature and I don't know why it was shelved and no one else raises their voice for legalization. We will work on it very hard. I believe that the Minister of Economy, Paulo Guedes, is favorable. When I raised the flag of gaming legalization immediately, even in the period of this pandemic, he was emphatic and praised me, saying that it was a bold proposal and that it would need to be analyzed. I am on hand so that we can talk to the economic team.

I have some figures raised and I hope that the segment will present me with other data so that it can compare with the information I have to bring a more real proposal to the Ministry of Economy. As for the Plenary issue, I believe that we will succeed. This legislature, despite having a large group of evangelicals, they are silent because they want an amnesty for the debts of the churches. I have been saying: if you want an amnesty, we will legalize the gaming sector that will be a source of resources that can supply these values ​​that will be amnestied by the federal government to benefit the churches.

You are a rapporteur for Bill 2648, by Senator Roberto Rocha. In your substitute, you propose the regulation of all types of games. How do your Senate counterparts view your proposition?
Senator Roberto Rocha's project only talks about casinos in resorts. He even asked me not to use the other modalities as it would make it difficult. I didn't agree and made a preliminary report, which is not the official one, because I want to hear the segment. With the pandemic, although the project has been with me for six months, I was unable to discuss with all the actors involved. I hope the pandemic will stop, as it is, so that we have a more informed report. You can't make a report without more real data. I will have a round of talks with some representatives of some game modalities next week so that we can make a report with more substance, content, and data close to the real.

How can we show society that gaming are both a tool for encouraging tourism and a strong condition for generating jobs and taxes?
By my calculations and data, it would generate around 700 thousand direct jobs. I don't know this number comes close to the segment's forecasts, but they were raised by my adviser team. As for taxes, by comparison with Italy, gaming represents about 1.6% of that country's GDP. If we project the same 1.6% in Brazil, we will have something around R$ 48 to R$50 billion per year in taxes. If today we have a budget forecast of R$ 33 billion to maintain Bolsa Família, which President Jair Bolsonaro is eager to approve, with a new name - Renda Brasil - we will leave 14 million beneficiaries for 25 million people. In other words, we will have a new source of funds that will pay for what the Planalto wants.

We are giving the solution. It is up to them to mobilize their benches to vote and approve this year, even in view of the COVID-19 pandemic. I feel that the segment is not as mobilized, perhaps due to the pandemic. In a project of this nature, all the actors involved must roll up their sleeves for final approval and not just stay in discussions. That is why I want to present the final report within the next fifteen days so that we can vote after the elections in an emergency regime with the support of the Planalto Palace.

And how is your relation with the Planalto Palace and your peers?
I'm an independent senator. Despite being from the PSD, which is part of the government base, I have no side. I always say that I am round and that I have no side, neither government nor opposition, I just want Brazil to move forward. This Tuesday I will talk to a senior member of the government, who is not the president, to also exchange ideas. I think he can have a good influence with his father, brother or uncle - I will not say who the person is - so that we can convince the government to put the project on the agenda.

If the government gives the go-ahead, the Senate president puts it on the agenda as soon as possible. I hope to put it in Plenary to call the discussion. Although I think there will be no major discussions, as many topics have already been discussed in previous articles. For old senators, it is no longer new. But as a large part of the senators changed, some did not participate in previous discussions. With that, we can take the discussion to them. If we stick to old projects, like that of Senator Ciro Nogueira, there was no discussion with the new senators. So, I think that our report will be ideal, due to the issue of new senators, for us to pass the Senate and go to the House to be approved.

Senator, I may be mistaken, but you speak with such conviction that I believe you have at least some support from Planalto...
I have been arguing with government officials and I have felt goodwill. So, I am continuing these discussions.

In other words, isn't the government more frightened by the gambling theme?
No, under no circumstances. I feel that the government is looking it with good eyes. This is a merit if the government does not look at the sector with a frown anymore. The evangelical bench, which in the past was very resistant, also has a slightly softer heart and a more open mind.

As you said, it is R$ 60 billion in taxes. You can't forget that, even though you are an evangelical, right?
Certainly. In addition, we already have legal games, such as lotteries and some state games. Why not include others? What's the problem? We just need to discuss the issue of taxes to be applied, which may be similar to the lottery. And from there, legalize. We are missing a great opportunity in a crisis that we are experiencing and that we will live in the post-pandemic of having a new source of revenue. We cannot lose this.

Have you also talked to governors, since they will benefit from the implementation of especially large resorts with casinos and other types of games in their states?
What I feel in Brazil is that the vast majority want it, but people are afraid to approach it. I think some are afraid of losing a vote or popular support. I don't know why many public officials are so hypocritical. We are not the only ones. We will follow a global trend. Why be ashamed and hypocritical about talking about gaming?