The Federal Supreme Court (STF) decision, which removed the Union's monopoly on lottery activities in Brazil, frees states to increase the sector and expand revenues. In Minas, the lottery partner Intralot wants to invest. According to Sérgio Alvarenga, CEO of the company, a group that operates in partnership with LEMG, new games and types of bets can, in the medium term, generate between R$ 50 million and R$ 60 million in revenue for the state's public coffers. 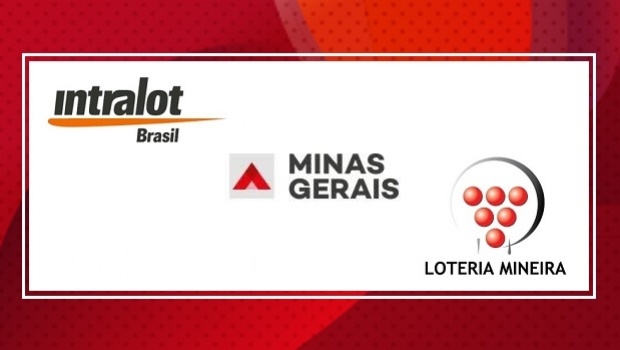 The STF decided, at the end of last month, that state governments can explore lottery activities. Since 1967, the Union had a monopoly on the sector and, therefore, the existing local lotteries could not be expanded, as well as the creation of new companies was prohibited.

Now, the endorsement of the Supreme Court changes the scenario and may provide a new source of revenue for the states. According to Sérgio Alvarenga, CEO of Intralot, a group that operates in partnership with Loteria Mineira, new games and types of bets can, in the medium term, generate between R$ 50 million and R$60 million in revenue for the state's public coffers.

The collection obtained by the Loteria Mineira is transferred to areas such as education and health. An eventual expansion can give a boost to the cashier in Minas Gerais, which is going through a deep financial crisis. Operating in the state since 2010, Intralot can, by contract, manage modalities such as sports betting and virtual instant games - the famous scratch cards. With the federal release, the company plans to get them up and running in a few months.

“Whatever is within the scope of our contract and the relationship we have had for many years with the Lottery, we intend to do it very quickly. I think that, at the latest, until January, we can have these modalities operating,” says Alvarenga. Other bets made by Loteria Mineira, but not covered by the agreement with Intralot, can even be bid and delivered to other companies in the sector.

Loteria Mineira is entitled to about 30.1% of the proceeds from the games. “A few days ago, the Lottery transferred R$ 33 million to the State Department of Health for the treatment of COVID-19. The decision will bring, for the states, an important source of revenue,” reinforces the Intralot executive. The STF's endorsement can broaden the company's horizons, which is considering expanding its operations not only in Minas Gerais, but also across the country.

For Sérgio Alvarenga, the government of Romeu Zema (Novo) satisfactorily manages the lottery. He believes that the state executive will have a fundamental role to expand the range of action of the autarchy. “We see the efforts of the State Attorney General, the governor and the secretariat to defend the Lottery. (We hope that) this commitment is reflected in the agility to implement these modalities. It is very clear to us the need and willingness of the state to seek to increase revenues.”

Sport on the radar

The Supreme Court's endorsement to the expansion of state lotteries may reflect on sports betting sites, which have become a “fever” throughout Brazil. The groups that control this market are hosted in other countries, since addresses of this type cannot have roots in the Brazilian internet. For Alvarenga, the change in the law may modify the outlook.

“A sports bet, physical or online, needs to have a contract with the state lottery or with Caixa Econômica for the situation to be legalized. Some multinationals, such as Intralot, are attentive to the Brazilian market. The tendency is for states to look for these partners and (the sites) to get out of the ‘gray zone’ they are in today,” he says. Hosting sports betting sites under the “umbrella” of national companies can, in addition, generate income and jobs on Brazilian soil.

Last week, the consortium that won the auction to control Lotex, a scratch off model managed by Caixa Econômica Federal, withdrew from the deal, a movement that occurred after the companies had no conditions met by either the bank or the federal government. Sérgio Alvarenga believes that the change in plans is not related to the recent decision of the STF. “They had to face illegal gambling, capitalization bonds, the difficulties of distribution in Caixa's lottery network. That already justified this decision,” he stresses. In the executive's view, Caixa can establish partnerships with private companies to maintain competitiveness in a market that now tends to open up.