eSports "Oscar" recognizes the importance of Brazil in the market

The most important award in the world electronic sports scene, the Esports Awards 2020 has several Brazilian representatives in the list of nominees. The 'Oscar' of eSports not only brings enormous legitimacy to players, organizations and all other professionals involved in the industry, but it also promotes the market and encourages everyone to develop a job that is increasingly professional and worthy of international recognition. 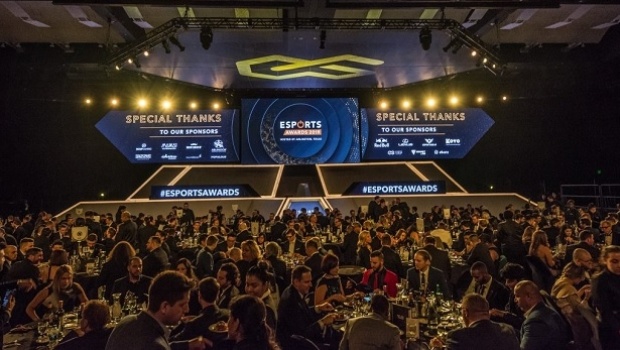 There are seven Brazilians in the dispute. Alexandre "Gaules" (streamer of the year), Bruno "Nobru" (mobile player of the year), Gabriel "FalleN" (personality of the year), Ana Xisdê (presenter of the year), Wilton "zews" (eSports trainer for the year), Henrique "Zezinho" (novice console pro-player) and Euller Araujo (creator / content creator team). Popular voting is now available on the award website and is open until November 8.

The group mentioned above proves that Brazil has talents spread in eSports not only among the players, but also behind the scenes. From casting to coaching staff, to streamers and art directors. The country has an engaged audience that is naturally involved in electronic sports. The ecosystem stimulates the job market and makes games increasingly an opportunity.

The fact that Nobru appears among the finalists on mobile category is a message for everyone who still has prejudice against Free Fire - solely and exclusively for not accepting the size of the game's success and the inclusion it promoted. The Corinthians player, in addition to deserving of the repercussion, still represents the social classes that, until recently, had no contact with electronic sports and today can feel part of it.

Last year, Thiago "SexyCake", a Rainbow Six Siege player from Team Liquid, took the prize in the category "best play of the year" - for an impressive 1 × 3 clutch during the Six Invtitational, Ubisoft's main FPS world championship. Nyvi Estephan also ran as host of the year, in addition to FalleN among the personalities and Alanzoka in the streamers group. Each year, Brazil increases its impact on the award.

Events such as the Esports Awards are essential to present to the public that does not yet know or has not aroused interest in electronic sports, the size of this industry and how many people it moves in all its areas. A fundamental step to resolve the remaining doubts about how it is possible to "survive on video games" - and not only by playing games, but in several other areas.

In the country, the eSports Brasil Award initiative has been doing this since 2017 - reaching its fourth edition this year. In addition to the massive appearance on traditional media, the components of different scenarios have the opportunity to exchange experiences and celebrate the growth of the market, which only expands year after year - attracting brands and creating jobs.

Even without ideal socioeconomic conditions and with lower investments in areas such as the United States, Europe and much of Asia, Brazilian eSports are present internationally. The presence of national representatives at the Esports Awards is more than fair, and their victory will be a victory for all of Brazil’s sector, fans and game enthusiasts.