Online entertainment site Betmotion is investing in actions to promote women's football in Brazil. The company has just closed a partnership with Cristiane Rozeira, striker of the Brazilian Women's Football Team, who will become brand ambassador. The 35-year-old player is one of the main references in the sport with two Olympic medals and two other gold medals in Pan American Games. 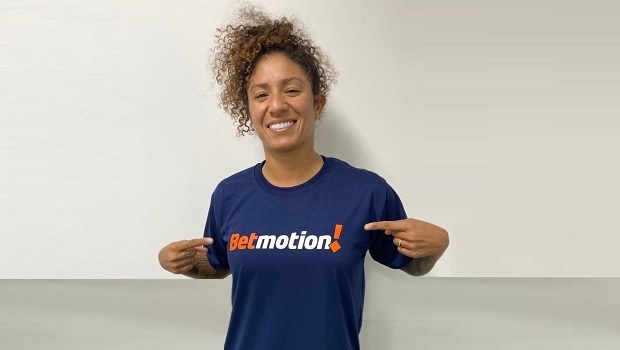 The one-year contract with the striker guarantees the license to use the athlete's image on existing or future Betmotion products, as well as content on the athlete's Instagram. The company also closed a sponsorship agreement for the A1 Brazilian Women's Championship. The deal is valid for games broadcast by the largest live football streaming platform in the world, MyCujoo.

Betmotion will be present in all matches broadcast until the end of the main tournament in Brazilian football. The online entertainment platform has thousands of women as customers and, of course, passionate about women's football, which has become a sensation in Brazil.

The broadcast and Cristiane agreements start this October, especially for women due to the prevention of breast cancer. Due to the Pink October and throughout the month, Betmotion will allocate an amount collected in chosen slots and marked with the pink bow, in addition to having a special bingo room where, for one hour of the day, all the collected amount will be donated to institutions to be chosen, weekly, that work to fight the disease.

In the first week, the one chosen was Recomeçar, an Association of Mastectomized Women in Brasília that seeks to raise awareness in society about the importance of caring for patients diagnosed with breast cancer, emphasizing the right to breast reconstruction as a healing tool.

Speaking exclusively with ‘Esporte Executivo’ show, Betmotion's country mangaer in Brazil Angelo Alberoni explained that “women's football is an expanding product in the country. To give you an idea, in the last Brazilian Championship, the audience was over 28 million people. We have a selection of idols and their big star in the country is Cristiane. We believe in the sport and our bet is that women's football, in the near future, will share the spotlight with the men's sport.”

About the competition, Alberoni recalled that “it is the main championship in the country and has the presence of big clubs, not to mention the traditional teams of Ferroviária and São José. In recent years, with the arrival of important players who were in Europe, the Championship it has appreciated and reaps the rewards, with an upward curve in terms of investment and visibility. Hence, we see an opportunity to be in a movement that has everything to be bigger and bigger.”