After the recognition by the Federal Supreme Court (STF) that states can also have their lotteries, state deputy Vinícius Cirqueira (PROS) presented a bill in the Legislative Assembly (Alego), proposing rules to regulate its operation in Goiás. To talk about the subject, the congressman visited the TBC2 studio this Tuesday (17), where he talked with presenters Danuza Azevedo and Guilherme Rigonato. 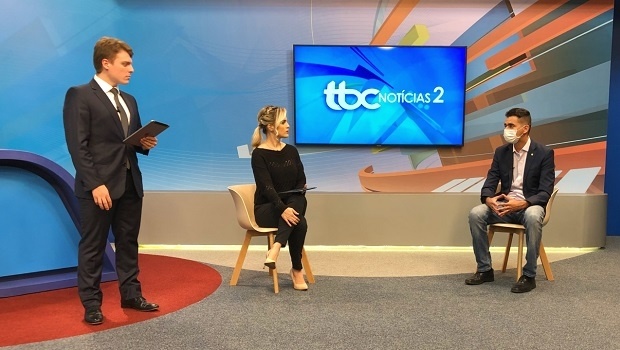 According to the deputy, there was already a state lottery in Goiás, and it was prevented from functioning by a Provisional Measure (MP). This agenda ended up being analyzed by the Federal Supreme Court (STF). Last September, the STF understood that the Union does not have a monopoly in the operation of lotteries, concluding that it is a matter of providing public services and that they can be managed by the States.

As the Supreme Court guaranteed the legality so that the States could also have their lotteries, Vinicius Cirqueira affirmed that his purpose, with the bill, is to divide the financial pie of the lotteries, which today are only with the federal government.

"Our bill is interesting, because it also allocates part of these revenues, which would come to the State, for some activities that I see as very needy, including sports and leisure," he argued. For the congressman, the tendency is for all states to have their lotteries, and Goiás cannot be left behind in this case.

Vinícius Cirqueira said that the project was presented 15 days ago, and was distributed to the deputy rapporteur Henrique Arantes. He said he hoped that in the next few days (the processing) of the matter he could move forward at Alego.

He also recalled that today it is common for people to place bets on sports games through digital platforms. These are resources that are going abroad, and the State is not collecting anything from these bets. And he stressed that there is no security in that. “If the platform doesn't pay the prize, who will you turn to? How will you complain? The state has to put rules in place,” he said.