There are four bills in process

In an article entitled 'The game to accelerate the release of casinos', Veja states that the Senate intends to vote on the change this year with the expectation of generating 200,000 jobs and R$18 billion (US$3.35bn) in taxes that would be divided between states and municipalities, in free resources for investments. The crisis caused by the new coronavirus gave a boost to the initiative, which is echoed in Congress. 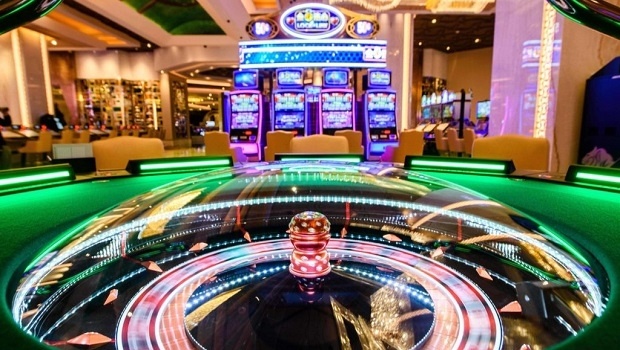 The golden age of Brazilian casinos happened between the 30s and 40s, when seventy gaming venues came to operate, usually linked to large hotels. The one at the Copacabana Palace was visited by scientist Albert Einstein and the still young crooner Frank Sinatra. On the stage of Cassino da Urca, Carmen Miranda, Grande Otelo and Emilinha Borba performed.

Interested in promoting tourism and generating jobs, President Getúlio Vargas legalized the gaming sector in 1934, linked to artistic shows. But in April 1946, the party ended, when General Eurico Gaspar Dutra, who was beginning his term, revoked the decision, relegating gambling to hiding.

Now, exactly in a government linked to the military wing, the objective is, once again, to develop tourism, allowing the exploitation of the activity in casinos, since in the dependencies of resorts or hotels. But in addition, it can be an opportunity to save the weakened budget of city halls and states.

The Ministry of Tourism defends the occupation of casinos in about 5% of the spaces of these hotel and leisure complexes. "They will serve as an economic anchor for the other 95% of activities in the resorts, as is the case in other countries," says Marcelo Álvaro Antônio, minister of the portfolio. "The activity does not demand tax incentives, on the contrary, it has a high tax burden with an average of 30% of the billing." The crisis caused by the new coronavirus gave a boost to the initiative, which is echoed in Congress.

There are four bills pending in the Senate. The idea is to transform places from the coast of Rio de Janeiro to the Northeast into a national version of what are Las Vegas, in the United States, Cancún, in Mexico, and Macau, in China. One of the most vehement defenders of this plan is Senator Flávio Bolsonaro (Republicanos-RJ), son of the president.

In July this year, he received a proposal from the city hall of Angra dos Reis, in the state of Rio, to boost ecotourism in the region. The integrated resort with casino would be installed at the Tamoios Ecological Station, generating jobs and taxes. President Jair Bolsonaro, a regular in the region, also defended the idea.

The legalization of the gaming sector would generate about 200,000 jobs in the country, according to Senator Irajá Abreu (PSD-TO), responsable of one of the projects that are being processed in the Senate. "The expectation is to raise R$18 billion (US$3.35bn) in new taxes, which would be divided between states and municipalities, in free resources for investments", he says. "Other than that, we expect to raise R$5 billion (US$935m) from the concessions, which would be invested in popular housing."

The proposal is also endorsed by the Minister of Economy, Paulo Guedes, by the Minister of Regional Development, Rogério Marinho, and by the President of the Senate, Davi Alcolumbre (Democrats-AP), which makes it one of the favorites to vote until the end of the year.

On the other hand, there is a restriction on the part of religious leaders, such as Minister Damares Alves, who has already called the plan a “pact with the devil” and a full plate to launder money.

"The discussion for a long time had an ideological lock, but the debate will reappear in Congress", says Senator Eduardo Gomes (MDB-TO), government leader. Luck is cast.