New board and organizational structure

Casinos topic is a priority for Resorts Brasil in 2020, specific team works on it

The entity created three main areas of activity and another ten work committees, which will count on the constant engagement of the 56 associated resorts. Casinos and tax reform, according to the new executive president Ana Biselli Aidar, are the two priorities of the RE Axis (Representing and Engaging); under its orbit a special working group was already created to address the issue. 'All demands and positions will be taken, as far as possible, together with the other entities of the hotel industry,' she assures. 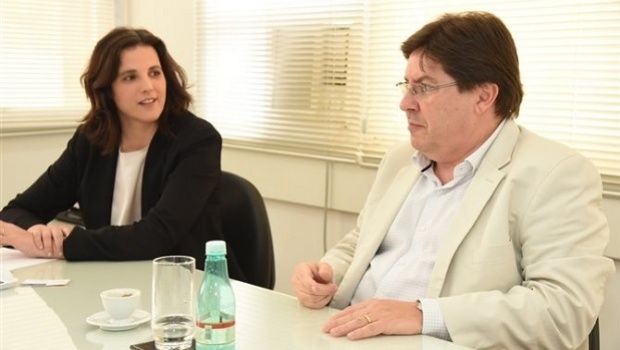 With 56 associated resorts and a new board and organizational structure, including the formation of an Advisory Board and the hiring of Ana Biselli Aidar as executive president, Resorts Brasil expects not only to grow in 2020, reaching 70 members, but to consolidate itself as one of the most active entities of the national hospitality industry.

To this end, it promises to work in conjunction with entities such as Fohb and CNC, especially on political issues, so that the hotel industry has a single position and voice in the main issues, and to increasingly involve members in work committees, meetings and events.

Forming the word RESORT, the entity created three main lines of action, and another ten work committees, which will count on the constant engagement of members.

Axis RE (Represent and Engage): identify and substantiate the demands of the sector, in order to present to the representatives of the public sector and engage the interested parties in the evolution of the themes. According to Ana Biselli Aidar, casinos and tax reform are the two priorities and all demands and positions will be taken, as far as possible, together with the other entities of the hotel industry. There is already a meeting scheduled in this regard with Fohb.

The advisor for Resorts Brasil in Brasília is Leonardo Volpatti, and the intention is that the sector is not only reactive, but also generates content and has the participation of members in the discussion of PLs, demands and suggestions.

Axis SO (Sensitize the Look): through research and actions, highlight the relevance of the Resorts segment in the development of the locations where they are present. The goal is to generate data for the sector so that it grows in an organized manner and with substantiated information. It also has the goal of attracting and retaining talent for a career in Hospitality, as, according to the executive president, the sector is experiencing a blackout of human resources. “I think that this new generation that is going to enter or is entering the job market values what the Hotel Industry offers. We then need to deepen these possibilities and show that to society.” Sustainability is also a priority in this area.

Axis RT (Reflect to Transform): promote reflections in order to assist members in transforming their performance. Debating three verticals (Mice, Leisure and International Markets) is in the driving line of this axis. Events, educational trips and priority international markets, such as Chile, Argentina and Portugal, are part of the strategy.

WG Market Intelligence and Digital Transformation (Axis SO and RT)

WG Sustainability (Axis SO and RT)

WG Workforce Attraction and Retention (Axis RE, SO and RT)