According to Globo journalist, Ancelmo Gois

The President of Brazil’s Chamber of Deputies Rodrigo Maia, who has defended the return of casinos linked to tourism projects, is concerned with the way the idea has been taking shape in the House. The lobby is for freeing all: machines, jogo do bicho and other gambling modalities. 'If approved in this way, you make the casinos economically unfeasible. It is a shot in the foot,' said Maia according to information published by Blog do Ancelmo Gois, on O Globo media. 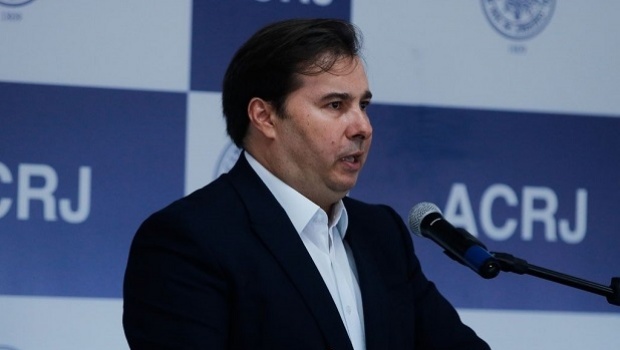 Maia participated in the first Entrepreneur Lunch of 2020, held by the Commercial Association of Rio de Janeiro (ACRJ) on Monday (10) this week. On that occasion, he held a lecture on "The Chamber of Deputies and the Reform Agenda in 2020". The event took place at ACRJ's headquarters, in downtown Rio.

According to the website specialized in gambling BNLdata.com.br, in that meeting the president of the Chamber informed that the problem is “that people of the gaming sector want to legalize everything and that will not work. I am convincing the deputies to vote only for the integrated casinos, otherwise there is no way to pass," commented Maia, according to exclusive information from this media.

It is worth remembering that after several meetings in Brazil and the USA with representatives of the Las Vegas Sands group, Rodrigo Maia tried last year, unsuccessfully, to convince leaders to take the vote only to legalize casinos in resorts and not the whole gaming actitivites as proposed by Bill 442/91.

In 2018, he defended voting on the proposal with “strong regulation” mechanisms to free casinos in Rio de Janeiro and São Paulo. The president of the Chamber said that the regulation of casinos is important for the country, as it may generate jobs and revenue for governments.

Maia's reelection, added to the public support that has already been expressed by the governor of Rio de Janeiro, Wilson Witzel, the mayor of the Rio de Janeiro capital, Marcelo Crivella, the minister of tourism, Marcelo Álvaro Antônio, and the governor of Minas Gerais, Romeu Zema Neto, the initiative to approve casinos in resorts in Brazil seems to be the closest step that the government of Jair Bolsonaro will take in reference to the legalization of gambling to generate economic resources for the country.

According to Maia, studies show that the implementation of casinos integrated to hotels can result in the creation of 250,000 to 300,000 jobs in the country, in addition to resulting in a collection of up to R$ 25 billion (US$ 5.75bn) for governments. He estimates that up to 32 casinos can be built in Brazil, if the project reaches consensus and is approved.

The leader of the Chamber also defended the reform agenda, highlighting the tax reform as the most important at this moment. The congressman said that the Brazilian tax system charges more consumption taxes than income ones, which generates more weight on the poorest people and leaves the taxes lighter for the elite. "It is the most important reform that we have to do", he defended.