GGR would fall 75% in February

Three months for Macau to recover from coronavirus economic impact

The Macau Gaming and Equipment Manufacturers Association (MGEMA) sent a note this weekend to its members and associates saying that it expects at least three months for the gaming industry to recover from the economic impact of the coronavirus. Macau’s 41 casinos were ordered to close as of midnight on Feb – a temporary closure which is set to last until Feb 19th – unless extended. 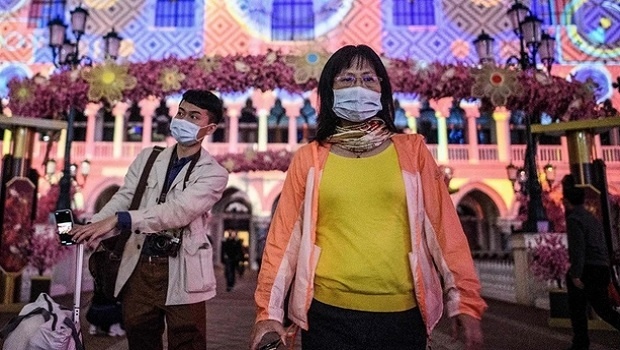 It is expected that Macau’s GGR will fall 75% in February, and shave at least six percent off GGR for the full year 2020.

“After the outbreak is under control and visa restrictions [to Macau] are removed, it will most likely take at least three months for the gaming industry to get back on track again,” the trade group said in a special e-newsletter focused on the coronavirus outbreak and the first three days of Macau’s casino closure.

In an effort to prevent the spread locally of the mainland-China originating novel coronavirus infection, the Macau government announced last week that the city’s casinos would be closing for at least 15 days, starting from February 5. Commentary from several brokerages has suggested that Macau’s casino gross gaming revenue might fall by about 50% year-on-year in the first quarter this year.

Authorities in mainland China also have stopped issuing – until further notice – individual travel visas for visits to Macau by mainland residents. Tour groups from the mainland to Macau are also suspended. The authorities have said the measures are part of the efforts to cut travel across China and so reduce the risk of further spread of the coronavirus.

There were 10 confirmed cases of coronavirus in Macau as of Sunday, including three involving locals.

The MGEMA stated in its latest comments that the electronic gaming manufacturing industry was being negatively impacted by the Macau casino closure. “All the ongoing business will slow down because of the casino closure, such as machine installations,” the trade body said.

The MGEMA has more than 120 members, namely technology and equipment companies supplying Macau’s gaming industry, according to the association’s official website. The body is the organiser of the Macau-produced casino industry trade exhibition and conference known as the MGS Entertainment Show.