Formula 1 has launched a new eSports competition in place of the races that have been postponed as a result of the outbreak of novel coronavirus, as the motor-racing series announced the Azerbaijan Grand Prix as the latest of its events to fall victim to the global pandemic. 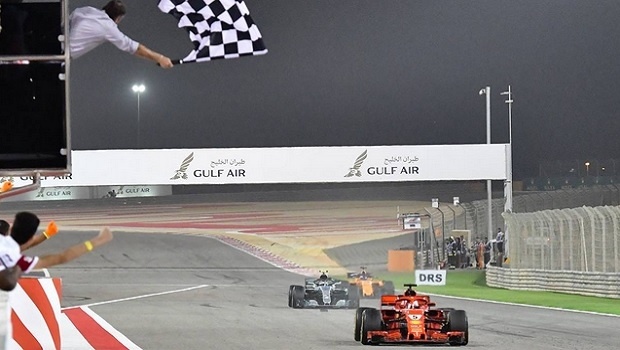 The series will use the official F1 2019 PC video game, with the debut race using a virtual Sakhir track at a 50% length race with 28 laps. Participants, including current F1 drivers, also took part in a qualifying session to see where they would start on the grid.

The F1 Esports Virtual Grand Prix is scheduled to run until May, though if the actual F1 series is still suspended at this time, the eSports contest will then be extended. F1 noted that points accumulated in the eSports tournament would not go towards scores for the actual F1 season.

“We are very pleased to be able to bring some light relief in the form of the F1 Esports Virtual GP, in these unpredictable times, as we hope to entertain fans missing the regular sporting action,” F1’s head of digital business initiatives and esports, Julian Tan, said.

“With every major sports league in the world unable to compete, it is a great time to highlight the benefits of esports and the incredible skill that’s on show.”

Meanwhile, F1 has announced that its Azerbaijan Grand Prix will not take place as planned on 7 June, due to ongoing concerns over the coronavirus.

Officials from the Baku City Circuit said the postponement was agreed after talks with F1, the Fédération Internationale de l'Automobile and the Government of the Azerbaijan Republic.

The Baku City Circuit said in a statement: “This comes as a direct result of the ongoing global Covid-19 pandemic and has been based entirely on the expert guidance provided to us by the relevant authorities.”

Azerbaijan becomes the eighth race of the year to be postponed or cancelled, after the Australian, Bahrain, Vietnam, Chinese, Dutch, Spanish and Monaco Grands Prix. The next event after the Azerbaijan Grand Prix is the Canadian Grand Prix, which, at present, is scheduled to take place on 14 June at the Circuit Gilles Villeneuve in Montréal.