Alternative in time of coronavirus

With no sports events, bookmakers target Big Brother 2020 in Brazil

With so many sporting events cancelled to prevent the spread of the coronavirus, local bookmakers are looking for alternatives to not lose users. Among them, Big Brother Brasil 2020 (BBB20) appears as an interesting option. The most watched reality show in the country, has become the focus of these companies in recent days, which saw in the large audience and the record of public participation a good way to get out of the hole during the quarantine season. 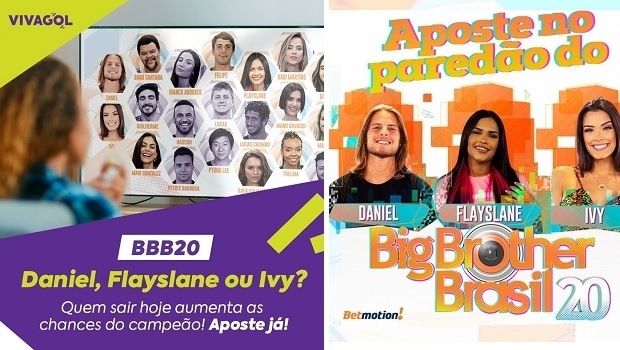 Aware of the BBB20's large audience in the country, bookmakers saw a chance to financially reestablish themselves after all the championships and sporting events were halted to prevent the Covid-19 from being spread.

The TV show’s 20th season began on January 21, with a forecast of 94 days of confinement. The vote on the night of March 17 was below the participation record of two weeks ago, but the prospect is of more and more audience in the coming weeks, when the game will sink for good.

Thinking about this “gold mine”, since the first half of March, betting sites have put their chips on the most viewed reality show in Brazil. The companies have announced open bets to see who will be the next to leave the show at Paredão (voting time) every Tuesday and who will come out as the champion of the most watched house in the country. 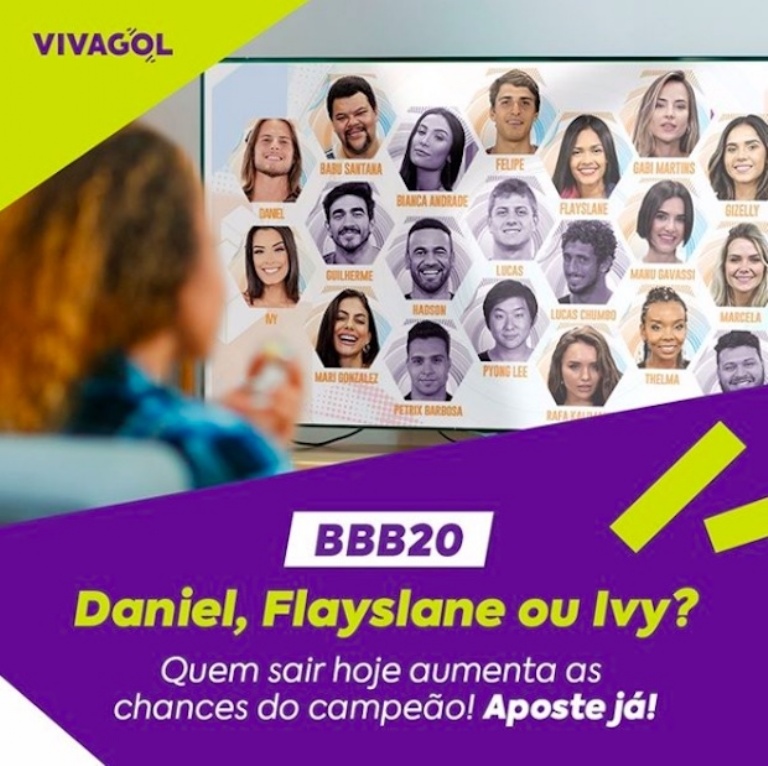 In addition to supporting Brazilian sport as the company is sponsor of Avaí and Figueirense football teams, Vivagol saw in Brazil's favorite reality show a gap for investment. On social networks, the bookmaker has already released its bets related to the program: "Are you guessing who will be the BBB CHAMPION? This #BoaAposta is going on at Vivagol!" After last night's elimination of Daniel, betting on Vivagol now favors Prior to take the BBB20 big prize. 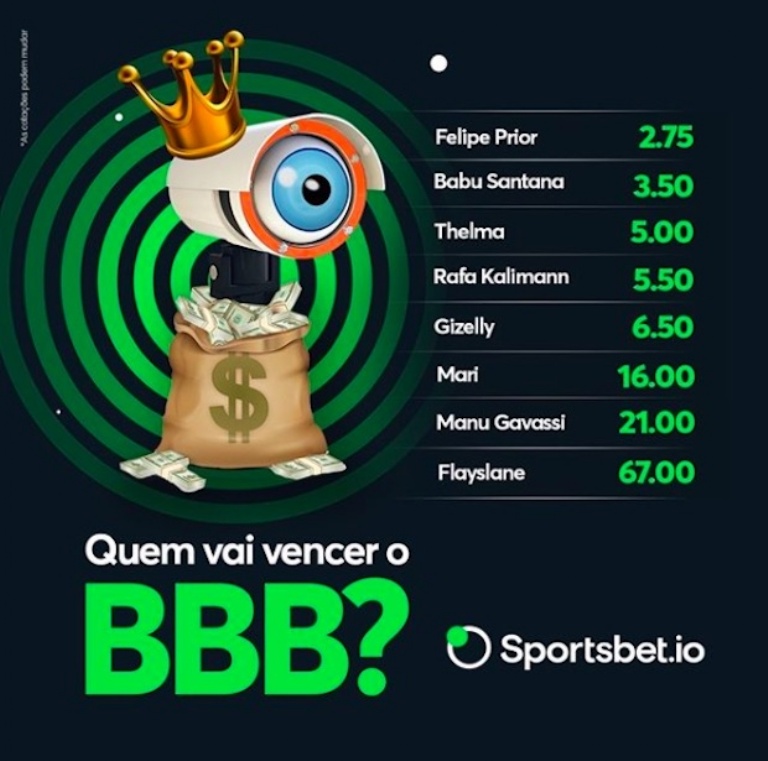 Sportsbet.io, sponsor of the multi-championship Flamengo football team, launched on its Instagram tips for players to bet on who will be the winner of BBB20. For the last Paredão (Wall), broadcast yesterday (24), the company joked in its social network about who would be eliminated this time: “Another wall formed! Who do you think is going to leave the house and why Daniel? ”

Big Brother is one of the most successful TV shows in the world, and especially in Brazil. To celebrate the 20 years of the attraction, Rede Globo decided to make a special edition: it placed 10 anonymous participants (popcorn) in the house, as it always was, and 10 people who are already a relative success (lounges) in various areas, such as sportsmen, actors, singers and youtubers. 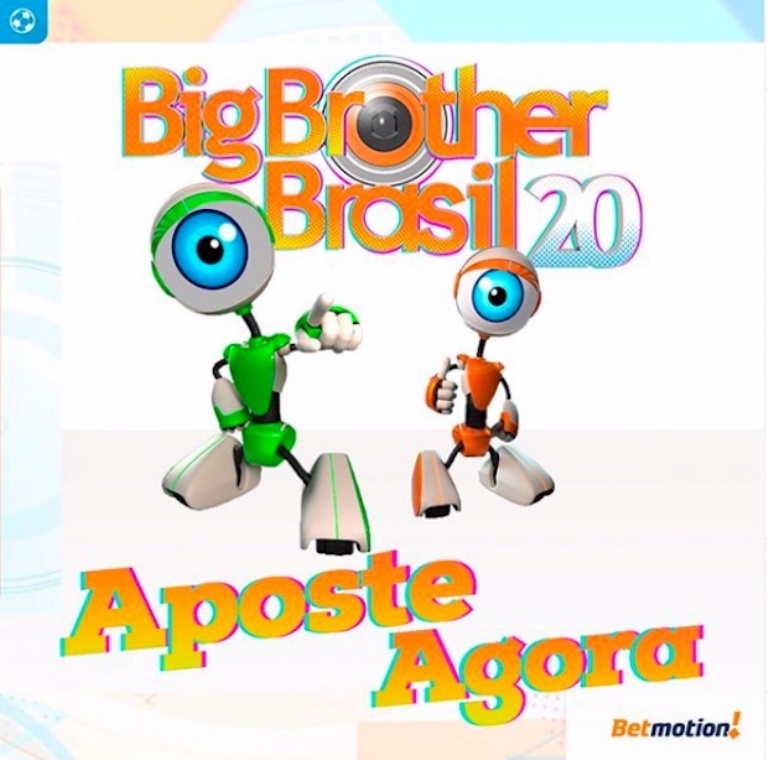 Betmotion Brasil also joined in the fun and called its followers on social media to do the same: “Of course, Betmotion would not be left out of this super BBB that is going on. We are sure you have loved, stopped liking and then loved them all again! Run there on our website and let us know who will be eliminated tomorrow!”

Big Brother Brasil 20 prize is R$ 1.5 million (US$ 295,000), the triple itself compares with the first edition. On March 20th, for example, when competitor SBT was showing an interview with Jair Bolsonaro on the ‘Ratinho’ show, BBB broke its record in the edition, getting an average of 30.5 audience points. ‘Ratinho’ had an average of 8.3. Each point is equivalent to 75,000 televisions connected in Greater São Paulo. Four days earlier, it had already broken a record, reaching 30.3.

Precisely those millions of viewers, their fanaticism for the show and especially the identification that the audience has for their favorite participants, are the main focuses of attraction of the bookmakers that need to offer their regular users new options so as not to lose more customers. In this sense, the quarantines established in various states of the country are points that can play in favor. 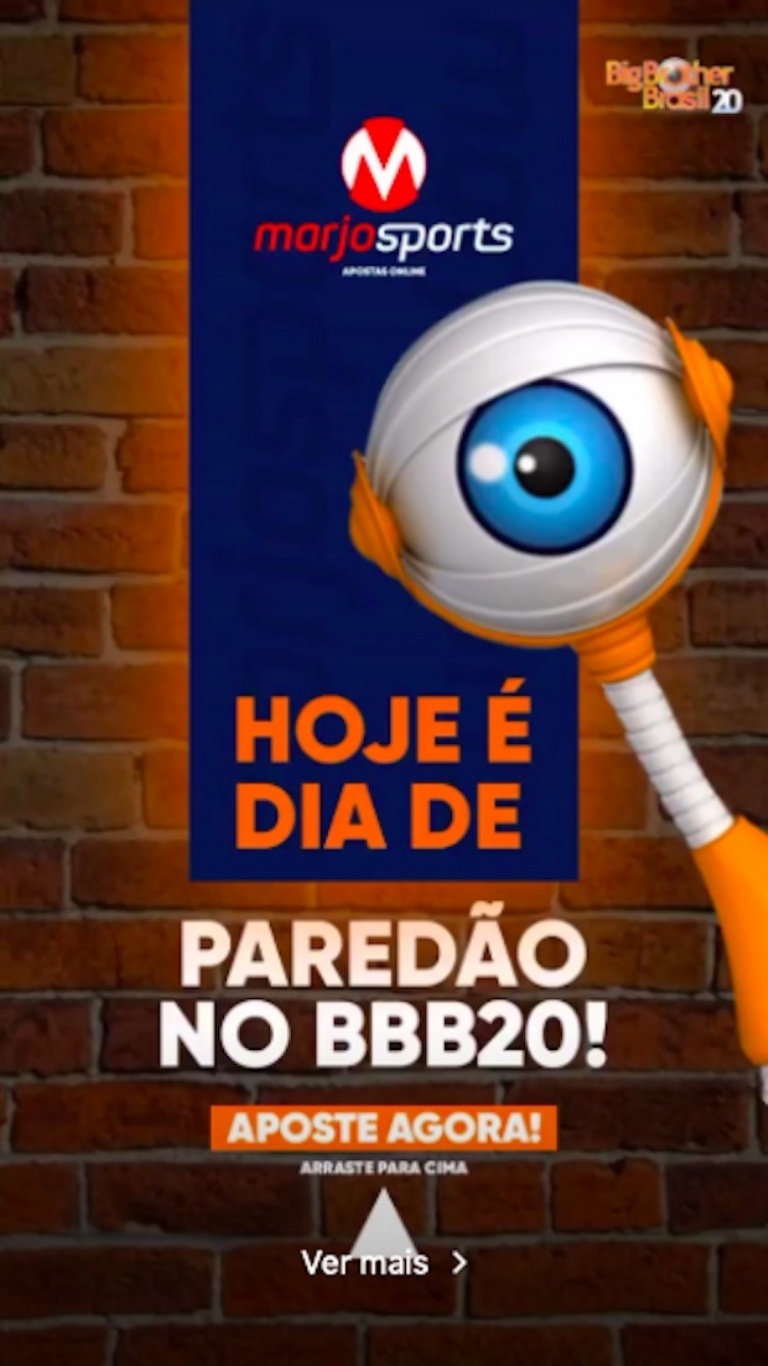 Marjosports, a sponsoring company of the Corinthians and Goias teams in Brazilian football, also promotes betting chances in the reality. In an Instagram story, they warned their players: “Today is the day of Paredão at BBB20! Bet now!”

BBB20’s numbers are really impressive. According to Globo's press office, the twentieth edition has already accumulated more than 1 billion impacts on its official platforms, 46% above the last edition. And there are already more than 43 million mentions - 302% more than 2019. The youth of most of the audience of the show is also of interest to bookmakers that need to attract that part of the society. 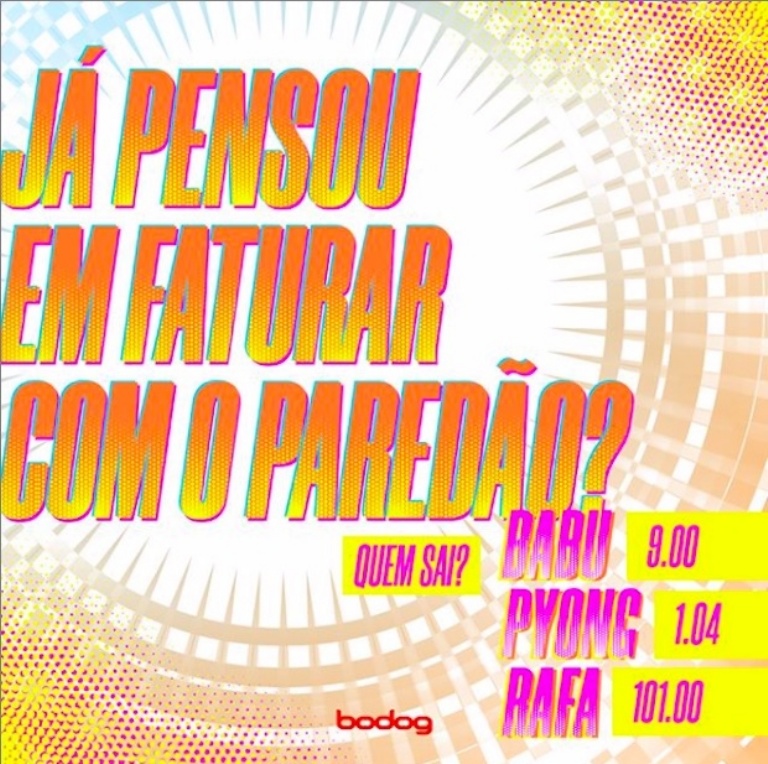 Bodog was not left behind and launched the call in the feed of its social network: "Have you thought about making money with Paredão?". The website is another one of those that in its ‘Entertainment’ section gives space to support the results of what happens to BBB20 participant.

Each of the six sponsors of the reality show (Americanas, Burger King, Claro, Faculdades Anhanguera, PicPay and Lacta) paid to advertise in the show breaks and expose their brand at the famous house, on a daily basis and in periodic events such as parties and contests: R$ 42.62 million (US$ 8.3m). For the first time, this value also gave them the right to exhibit, at the same time, on open TV and the pay-per view channel Multishow, and both on TV and on digital platforms (social networks and GShow).

Amid panic over the virus and the temporary shutdown of several companies, some gambling sites found an option to keep their users entertained and generating income to its coffers.