Due to championships cancellation

Betsul adds eSports to its platform

Betsul opened space on its website, since Wednesday (25), for the eSports modality, starting with the Fifa 20 championship, entitled Fifa Quaran-Team. The idea came to entertain the company’s target audience while national and international championships of different sports around the world are paralyzed because of the coronavirus crisis. 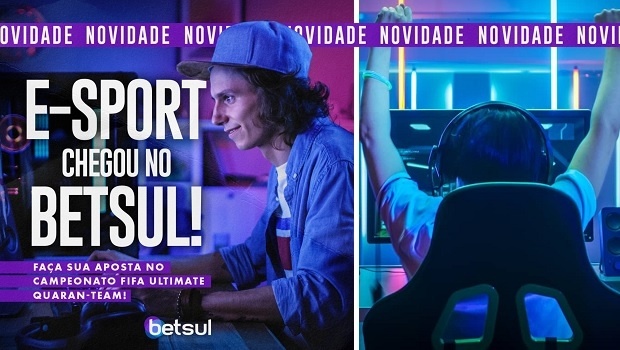 On the Betsul website, in the ESoccer Electronic Games football section, it is possible to find the FIFA Ultimate Quaran-Team tournament, which brings together 128 clubs that are in virtual dispute. The teams face each other in elimination rounds and each team can choose their opponent, from a pro-player to a supporter or a streamer. Bettors will still be able to follow the disputes through the LIVE modality of the website.

To participate, the player needs to build his team from scratch. The more games and championships they win and the more challenges they complete, the more the user earn money to buy more expensive players and improvements for the team. Once the team is ready, it is only matter to jump to the field and seek the glory.

Because it is a simulator, it includes many attractions that differentiate it from a normal football competition. For example, for some editions there is the “FIFA Icons”, with iconic players like Pele, Maradona and Cruyff, who share the same lawn with today's stars.

There are also special cards (each player is represented by a card where he presents his skills, as if he were a super asset). Thus, it is possible to have the same player with different attributes, finding a Cristiano Ronaldo better than other one, for example.

In FIFA Ultimate Quaran-Team the important thing is not the champion, but the cause, since a large part of the money collected will be divided between small teams in England so that they do not "break" during this complicated world scenario. Another part of the proceeds will be donated to a fund to combat COVID-19, created by the World Health Organization (WHO).

Brazilian in the dispute

No professional team in Brazil is among the 128 participants, with the overwhelming majority coming from Europe, mainly from England. And that's where the only Brazilian player competing in the tournament comes from. Flávio Brito, Fifilza, who defends Wolverhampton Wanderers, a Premier League team.

In the first round, Fifilza defeated D-Ry10, of Adelaide United, Australia, by 2 to 1 and advanced to the second round. In it, the Brazilian duels against Ronan Coughlan, Irishman of Sligo Rovers - in the debut he passed James Lloyd, from Burton Albion.

At the moment, whatever the game (DOTA 2, FIFA, PES, CS: GO, LOL), the competitive landscape is practically paralyzed. In Counter-Strike: Global Offensive, for example, some online championships are still going on, but all in-person events are suspended. In FIFA 20, EA Sports was even stricter and decided to stop even the online qualifiers for its main events.