Eversports is a sports marketing agency that started its trajectory in motorsport and that has been following the entry of sports betting in Brazil with the regulation in progress, having participated in the last ICE London show. GMB spoke with Mariana Viegas, firm’s founding partner and director of marketing and communication, about the plans to act with gambling, the brands actions of the operators that arrives to the country and the cases of success such as poker and eSports. 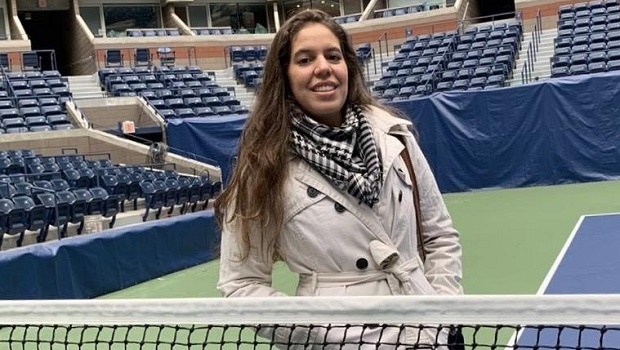 GMB - Tell us a little about the history of EverSports, the market in which it operates and the customers it works with…
Mariana Viegas - Eversports was born in 2011, from the union of a professional athlete - the motor racing driver Rafael Suzuki - and a journalist. So, we always had the customer's view at home, as a differential. Our beginning was in motorsport, as it was our main networking, with coaching and management, in addition to communication and marketing, and this has expanded in recent years to a performance with other modalities, and also a greater focus on the commercial side. Today we serve athletes and also companies with consulting and development of personalized projects, relationship activations and branding/sponsorships.

The company works directly with sporting events for brand activation. How has COVID-19 affected your work? What have you created to keep customers in the spotlight in the midst of the crisis?
Obviously, the pace and scope of our work were different during this period, with events postponed and other projects paused. We seek to understand the timing and demands of each of our partners, to bring individual solutions - and many of them were more focused on internal issues than "traditional evidence". We adjusted counterparts, for example, face-to-face lectures and relationship events that were taken online, in a webinar format, creating relevant content to keep companies recurring with their target audiences, different ways of interacting with employees. And in a few cases, despite making ourselves available, understand that at the moment they had other priorities to deal with.

The agency's partners attended the latest edition of ICE London. What have you learned about the gambling market in general and what new business possibilities have you found? Are any of them already in progress or in operation?
There is a huge universe involving the gambling market that is not yet close to Brazil, either due to regulatory, cultural or even timing of expansion of these practices. In other words, there is a great potential for growth in this market here.
On the other hand, many companies and major international players are planning to start operating in Brazil or minimally keeping the country on the radar. Speaking especially of sports betting, whose companies have a habit of getting involved in sports sponsorship, I believe that the flow of investments is promising, but the pandemic certainly interfered in these plans due to the lack of live events. Despite this, I believe that this resumption should be quick, and they can take advantage of the opportunities that will appear in the market to position themselves even more concretely in Brazilian sport.

How do you evaluate what has already been done in relation to the marketing actions of sports betting brands with, in addition to sponsorships, partnerships with athletes and influencers as ambassadors, among other actions? Is that the way?
Worldwide, football is the main modality for sponsorships made by websites and bookmakers, and it’s been that way since a long time. We have several examples of companies that are or were master sponsors of the most important football clubs in Europe, such as Bwin and Real Madrid, and the massive presence of Bet365 in Spanish League teams - to name a few. So, it was an obvious way that this was the gateway to Brazil. It is the modality that most engages bettors here, and the involvement of ambassadors, such as ex or current players or other personalities who speak to this audience, accelerates this interaction with the potential bettor.
However, the movement was very similar, in general - we even had more than three brands advertising on the display boards of the same Brasileirão championship game, in addition to the brands that are with the teams. And with that, for a consumer market that is not yet mature or does not understand the difference between the services and tools offered by each of the companies, the impact may be a little more dispersed.
Some companies have differentiated themselves by communicating with audiences of various sports at the same time, through a team of ambassadors formed by athletes from different modalities, or else they have exclusively embraced teams from a certain state - to generate greater identification and conquer territory.
In addition, with some sports, this relationship with bookmakers is more recent. Formula 1 allowed the segment to be sponsored by betting firms only at the end of 2018; so it's something extremely new. Even so, we already had a company as the master sponsor of a team in 2019 - Sportpesa with the Racing Point team -, among other minor supports, and also companies in the segment as "regional partners" in the category, such as 188Bet for racing in Asia. At Nascar, this is Penn National's first year as a sponsor, and in the NBA, William Hill struck a deal with the championship in late 2019.
Companies are seeing that, despite the enormous reach of football, there is a great power of conversion also with the public of other sports, often with even less investment.

With the advent of the COVID-19 pandemic, a modality that gained a lot of space within sports betting sites was eSports, which appeared as a good alternative to bet on. As a sports marketing agency, how do you evaluate this phenomenon and what do you expect for electronic sports not only in terms of betting, but as a sport?
eSports was already something on our radar as an agency. In fact, we already have some points of intersection in relation to virtual motorsport races, in which some of our customers are involved - especially during this period of stoppage of live events.
In relation to sports betting for eSports, I believe that it is a normal adaptation and a growing consumer demand, as with other modalities. Nascar itself began to activate its new sponsor - Penn National - in the virtual races they held.
The point to note is that the regulation of some countries did not provide for this opening; so this may have been a challenge at this time of redirecting attention, but it also served to reflect on these understandings.

Poker is another type of skill game with a huge audience success and with important marketing actions. How do you evaluate the case of poker and how could other sports use this experience to develop?
Poker had an interesting growth in Brazil when it got involved with famous football players, like Ronaldo and Neymar, besides being officially recognized as "sport of the mind", which broke great public paradigms. It conquered space on television and also as a tool for relationship activations.
In this sense, it is important that the betting sites are able to show more broadly their actions in relation to responsible gambling, the prevention of manipulation of results, and also the seriousness as companies that support / sponsor the sport, and configure themselves as one more entertainment and engagement platform parallel to sports already consumed by the public.