Tourism Minister Marcelo Álvaro Antônio said at the April 22 meeting that casinos represent a “great opportunity” in Brazil, as long as the issue of currency evasion and money laundering is “demystified”. In the famous video released on Friday (May 22) by the STF, the minister suggests that the government should make itself understood with the evangelical bench to successfully lead the agenda. 'We have the possibility of attracting at least US$ 40 billion to Brazil just from grants, from immediate investments with this topic', says Álvaro Antônio. Check out video from minute 42. 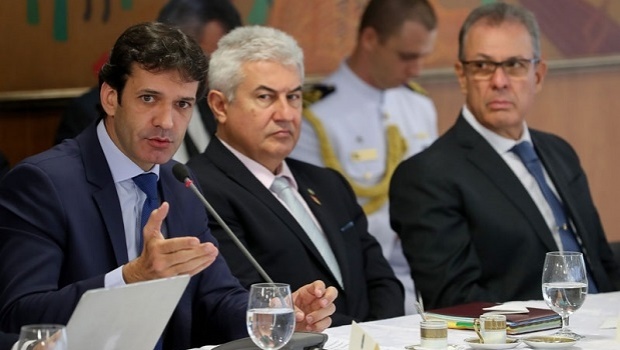 Supreme Federal Court (STF) Minister Celso de Mello released the video of President Jair Bolsonaro's meeting. The minister also included the recording of the entire meeting, in a 75-page file. There, among so many speeches by President Jair Bolsonaro and others, the Minister of Tourism, Marcelo Álvaro Antônio, took the opportunity to talk about his project to legalize casinos in resorts in Brazil.

“... I want, President, to talk about a topic here that may be very controversial, but I think that this debate is important at this moment. Then I also speak to Minister Damares (the Minister for Women, Family and Human Rights Damares Alves), who I know is a very sensitive issue for her too, which is the question, President, is ... because the Ministry of Tourism now you need to have a plan, an investment attraction plan, which is what generates jobs, income, what helps, obviously, the economy of Brazil. And for that, President, I believe that the right moment in to discuss the integrated resorts. It is not legalization of gambling at a whole, it is not bingo, it is not slots, it is not ... they are integrated resorts,” says Minister Alvaro Antonio at the beginning of his speech to President Bolsonaro and his colleagues from other portfolios.

After defending the advantages of legalization, the minister gave strong figures of possible investments: “Obviously, President, an agenda that needs to be built on - Damares is frowning at me - an agenda that needs to be built with the benches of the Both the Evangelical and the Catholic Chamber, showing or debunking various myths around this. I don't know if Minister Paulo Guedes is ... he agrees. We have the possibility of attracting at least forty billion dollars to Brazil just from grants, from immediate investments with this agenda.”

“But what needs to be done, President, is really to demystify the issue of currency evasion, money laundering, drug trafficking; and for that I would suggest that in this debate we could count on the Ministry of Justice, through the Federal Police, the Public Ministry on the table, the Federal Revenue, the control bodies,” explains the minister admitting that the correct regulated casinos are far from the illegal and criminal businesses that the opponents to the activity point out.

“Obviously, President, an agenda that we would only take forward if we succeed is… pacify, or make ourselves understood… make ourselves understood by the evangelical group, by the Catholic group, so that there is no distortion, with right communication on this,” explains Marcelo Álvaro Antônio in reference to how to overcome the resistance of these sectors so contrary to the legalization of the gaming sector in Brazil.

“It has to be a very well done project that I believe it can be, and in this process of resumption, a great opportunity for Brazil to attract large complexes of which only three percent are used for casinos. And another, this has no direct impact on the family of Brazilian workers,” concludes the Minister in his speech at that meeting.

Damares did not agree with his colleague’s position. "Pact with the devil!" said the minister about legalizing casinos. But the Minister of the Civil House, General Braga Netto, did not dismiss the issue and suggested to Alvaro Antonio to talk about it. "Propose the date ... to us, we gather the ministries, and we can talk ...," he added without closing the door to the idea.

The words of the minister in this video are almost the same as those used last Thursday (21) during the live broadcast of newspaper Tempo de Minas Gerais where he described the project in the same way. This leads to think that before the video could be released yesterday  (Friday 22), he preferred to advance on the theme of the casinos in such a way that it would not result in a big surprise in relation to the project when society attended the April 22 meeting, which happened this Friday.

Last year, the Minister of Tourism met with Chinese businessmen interested in investing in the sector in the country. Support for integrated resorts has as main financier in Congress the parliamentarians from the bloc known as Centrão, who now support the president.

At the end of 2019, President Jair Bolsonaro (without a party) was consulted to see if the government would support a project with this content. The subject, which arouses controversy, was the object of comings and goings in the Chamber. In 2015, the House installed a special commission to evaluate proposals for the legalization of casinos, bingos and jogo do bicho, among other modalities.