The Minister of Economy, Paulo Guedes, defended the liberation of games of chance in Brazil during the ministerial meeting of April 22, which had the content released by determination of the Supreme Federal Court (STF). Guedes defended that the activity could be released as a way to increase tourism in the country and cited mechanisms so that low-income Brazilians cannot participate. The proposal, which is facing resistance from the evangelical group, was supported by Minister Damares Alves. 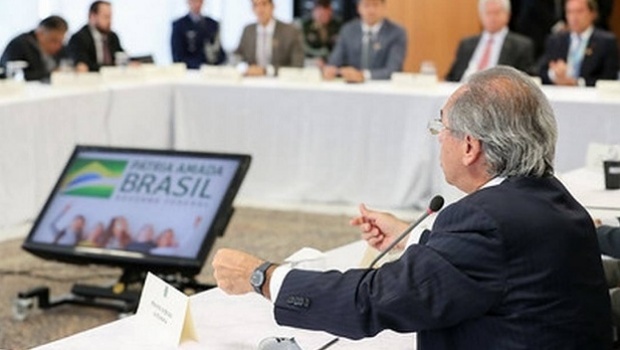 The liberation of the gambling faces resistance in the evangelical bench of Congress - the minister is also evangelical. During the meeting with the other ministers, Guedes defended the release of the activity as a way to increase tourism in the country and cited mechanisms so that low-income Brazilians - he referred to them as “unprotected Brazilians” - cannot participate and, consequently, do not lose money in casinos.

“… the problem of gambling there in the… the integrated resources. There is no problem. They are billionaires, they are millionaires. Executive from all over the world. The guy comes, ... they make conventions ... look, the ... the ... tourism went from five million in Singapore to thirty million a year. Brazil receives six. A small town receives this… thirty million tourists. The president's dream of transforming Rio de Janeiro into Cancún, Angra dos Reis in Cancún. It can turn into Cancún fast. Do you understand? said Guedes.

“The same thing happens in Spain. Spain receives thirty, forty million tourists. Also a city in Asia. Macau receives twenty-six million today in ... in China. Just because of this business. It is a business center. Only for adult people. The guy enters, leaves money there that he won the day before, - he leaves it there, drinks, leaves happy life. It doesn't bother anyone there. That doesn't bother anyone. Ô Damares. Damares. Damares. Let each one ... Damares. Damares. The president, the president speaks of freedom. Let each one party the way they want. Especially if the guy is adult, vaccinated and billionaire. Let the guy party, damn it! There is no entry for locals, there is no Brazilian. No unprotected Brazilian enters. Do you understand?” explained the Minister.

When Guedes defends the proposal, however, Damares shows that she is willing to discuss the matter. She says the initiative can thrive, if there are guarantees that casinos will not be used to launder money. The minister agreed with Guedes, with the condition that the Federal Comptroller General (CGU) should create mechanisms to curb money laundering associated with gambling.

Damares replied that this could happen "if the CGU (Comptroller General of the Union) agrees" and "has the means to control the entry and exit of money," "if there is no way to launder dirty money there."

Marcelo Álvaro Antônio, Minister of Tourism, also spoke of bringing "integrated resorts", referring to casinos. Introducing the subject before Guedes' speech, the minister denied that this is synonymous with legalizing gambling in the country. Damares responded by saying that it would be the same as a "pact with the devil".