The leader of the PT (Workers Party) in the Chamber, deputy Enio Verri, filed a petition on Monday (25) for the Special Secretariat for Social Communication (Secom) of the Jair Bolsonaro government to clarify the administration's ads on fake news sites. According to the deputy, Secom has spent millions in advertising, with public money, on websites that distribute fake content and even one linked to illegal gambling activity, which needs to be clarified to the public. 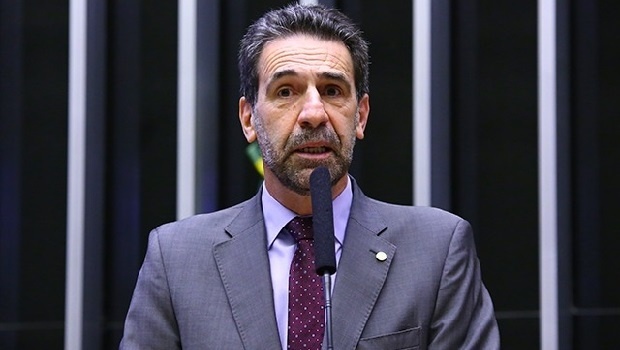 The millionaire expenses of the Jair Bolsonaro government's Special Secretariat for Social Communication (Secom), including websites that distribute fake news and even one linked to illegal gambling activity, have to be clarified to public opinion. This is the content of the information request from the leader of the PT (Workers' Party - Portuguese: Partido dos Trabalhadores, PT-) in the Chamber, Enio Verri, to the chief minister of the Government Secretariat of the Presidency of the Republic, general Luiz Eduardo Ramos. The document was filed at the Chamber this Monday (25); the government has 30 days to respond to the request.

The PT leader requires information about all contracts and the allocation of money of institutional and public utility funds from the Federal Government throughout 2019 until the 30th of April. Secom, triggered by the Folha de S. Paulo newspaper, refused to reveal detailed expenses, as noted by the PT leader.

He recalls that the newspaper published on May 9 an article under the title “Bolsonaro's advertising in Social Security irrigated gambling and fake news websites”, according to Secom's spreadsheets. Advertising funds from the Federal Government were allocated to fake news sites, jogo do bicho websites, children's sites in Russian language and, also, the support channel for President Jair Bolsonaro on YouTube, which aired Pension Reform propaganda in 2019. The information refers only to the periods from 6 June to 13 July 2019 and from 11 to 21 August 2019.

However, since November 11, 2019, Secom has twice refused to provide spreadsheets requested by the newspaper through the Citizen Information Service. The press had asked for a report, for the period from January 1 to November 10, 2019, of channels that served federal government ads contracted through the Google AdSense platform (Google's advertising service).

According to the PT leader, after appeals against Secom's two denials, in February of this year, CGU determined that the Secretariat should make the report available within 60 days of notification of the decision. Secom finally sent the information - incomplete - on April 17, more than five months after the initial request.

“According to Secom spreadsheets, fake news sites have received ad funds from the Federal Government. One of the champions, with 66,431 ads, was Semper Questione, which disseminates everything from disinformation in the form of conspiracy theories about the coronavirus pandemic, to alleged 'flagrant UFOs',” observes Enio Verri. “The information in the spreadsheets also draws attention on the website or the resultsdobichotemporeal.com.br, which discloses results of the jogo do bicho, a notoriously illegal activity in Brazil,” comments the leader in the application.

According to Folha de S. Paulo, the spreadsheets do not specify the total amount spent by Secom on the ads. In May 2019, the Secretariat announced that it would spend R$ 37 million (US$6.85m) on advertising inserts on the pension reform, on television, internet, newspapers, radio, social media and airport displays. The amount paid by Secom is divided between Google and the website or YouTube channel. Google's percentages vary, from 40% to 20% or less, depending on the negotiation between the sites and the platform.

The Bolsonaro government's ads were also published on other sites that disseminate misinformation, such as Diário do Brasil (36,551 ads). The Terça Livre TV channel, from the extreme right YouTuber Allan dos Santos, received 1,447 advertisements. Verri recalled that this official information clashes head-on with the testimony of the scholarship holder Allan Santos to the CPMI of Fake News, in November 2019, when he claimed to receive “no cent from the government.”