Italy will introduce an 0.5% tax on licensees’ sports betting turnover, which it expects to raise €90m by the end of 2021 to fund the recovery of the country’s sports following the COVID-19 enforced shut-down. The so-called ‘Rilancio Decree’ sets out a series of urgent measures covering Italy’s healthcare system, as well as providing support for employers and to help the economy recover from the pandemic. 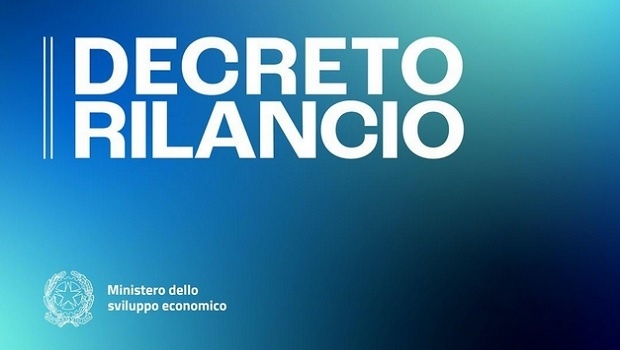 Decree Law no. 34 passed into law last week, after the law was published in the country’s Official Gazette.

This sees the Fund for the Revitalisation of the National Sports System established under the Ministry of Economy and Finance. It will distribute money to the Ministry of Youth and Sports to support the recovery of professional and amateur sports throughout the country.

Money will be generated for this fund through an 0.5% tax on sports betting stakes, covering online and retail wagers. This must be paid on a quarterly basis, until 31 December, 2021.

Through this new fund, the Ministry of Economy and Finance aims to raise up to €40m in 2020, then a further €50m in 2021. Should the full-year target be surpassed before the date from which the tax is due to expire, it could be withdrawn at an earlier date, the decree noted.

The imposition of the tax comes with Italy’s online and land-based sports betting sectors suffering badly from the suspension of all major sporting competitions. This resulted in betting revenue dropping 59.3% to €75.3m in March, before plummeting 72.7% to just €20.6m in April.

LOGiCO president Moreno Marasco pointed out that a 1% levy on turnover was equivalent to a 20% gross revenue tax, which coupled with an existing GGR tax of 24%, meant that taxes paid by the industry would almost double.

Marasco said the betting sector had always supported sport, and argued that the most logical way for the industry to provide funding would be through sponsorship agreements. This, however, had been made impossible by the blanket ban on advertising introduced from 1 January 2019, he noted.