Casinos in Brazil will generate thousands of jobs and income, says Deputy Vermelho

Economy Minister Paulo Guedes' statement was received with enthusiasm by Deputy Vermelho. The minister showed some resistance to the proposal, but said to Época magazine, that Brazil has all the conditions to house this type of enterprise, boosting luxury tourism. 'We are going to bring foreign tourists and allow the Brazilians that bet in other countries to stay here, spending their money in our country, generating jobs and development,' said Vermelho. 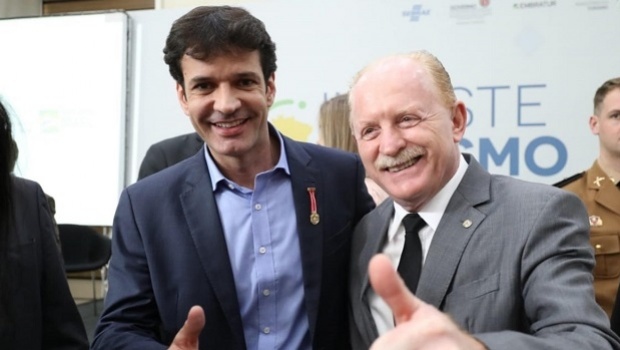 The proposal to reopen casinos in Brazil became the campaigner's flag of the deputy. When he took office in February 2019, Vermelho talked to bench leaders, participated in committees and parliamentary fronts in defense of casinos.

For his performance, Vermelho was elevated to the presidency of the Subcommittee on Legalization of Gambling: “After more than 70 years of the presidential decree that extinguished casinos in Brazil, I have never seen a moment as favorable as this for the activity to be allowed again in Brazil,” explains the deputy. The casinos were extinguished by Eurico Gaspar Dutra, in 1946.

The work carried out in the Chamber of Deputies has unconditional support from President Rodrigo Maia and Deputy Newton Cardoso, President of the Tourism Commission. Vermelho is an effective member of the commission and is part of the Parliamentary Tourism Front, formed by more than 200 senators and deputies.

The deputy explained that the casinos will positively impact the entire tourism sector in Brazil. “The idea that gained strength in the Parliamentary Front is the implantation of a casino in the model of Las Vegas and Singapore, where the casinos work attached to the big leisure centers. These establishments will have luxury hotels, bars, restaurants, shops, an arena for cultural shows, dance clubs and theme parks,” emphasizes the deputy.

According to him, they will be attractions for all tastes and not just for those who like to place bets. "We are going to bring foreign tourists and allow the Brazilians who are going to bet on other countries to stay here, spending their money in our country, generating jobs and development."

Before the COVID-19 pandemic, around 200,000 Brazilians left the country every month to play in casinos around the world. In Las Vegas alone, about 150,000 a year. "Brazil is exporting players, consumption, dividends and foreign exchange, which could remain here if casinos were legalized."

Support from the Executive

The work of parliamentarians and business leaders in the tourism sector ended up sensitizing authorities in the executive branch. Vermelho held several hearings with the Minister of Tourism, Marcelo Álvaro Antonio, and the president of Embratur, Gilson Machado Neto, who defend the proposals with strong conviction.

“In the conversations I had with the Minister of Tourism and the president of Embratur, it was clear that the government is in favor of the establishment of casinos,” says Vermelho. "Marcelo said that the generation of jobs will be very important and Gilson said that he has studies that the number of foreign tourists could triple," he adds.