According to state federations

While in Rio de Janeiro Mayor Marcelo Crivella and clubs like Vasco and Flamengo defend the return of training and games – they also consider official competition for in June -, in São Paulo, the situation is different. There, the leaders are more aligned and intend to wait to resume the São Paulo championship. The quarantine decree of the State Government of São Paulo is valid until next Sunday (31) and there is a possibility that this period may be extended. 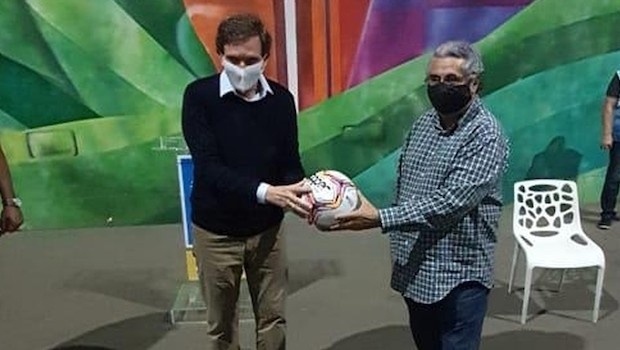 A meeting between the city hall of Rio, the Football Federation of the State of Rio de Janeiro (Ferj) and clubs that dispute the Carioca (local) Championship, held last Sunday (24), debated a plan for the return of football in Rio. Leaders present at the meeting - Fluminense and Botafogo did not send representatives - informed that training should be released from next week, and the games without an audience, from June 14th.

The change in Rio’s panorama started with the tests of small clubs, carried out in the last days, and with trips to Brasília of Mayor Marcelo Crivella and the presidents of Flamengo and Vasco. They met with the President of the Republic, Jair Bolsonaro, who defends the return of the games.

On Sunday (24), Rio’s mayor warned the clubs that the state is at the peak of the curve and initially suggested the return of training on June 8 and games on July 10, giving time to alleviate the health crisis caused by the new coronavirus. But the pressure for immediate release - led by Flamengo and Vasco, with support from Ferj and small clubs - took effect, and the mayor gave in.

Flamengo returned to training on the Ninho do Urubu lawn last Tuesday, even without authorization. For this week, the club announced that training is maintained.

"There was pressure from Flamengo and Vasco, but the smaller clubs also want to return to activity. In July it could not return because the Brasileiro championship would extend to January next year. We need to restart the competition in June," said president of Madureira club, Elias Duba.

"In reality, we are dealing a lot with how to return, the way football will return. But with a tendency for football to be played again in the middle of June. This is still being discussed, at this moment it is released for the physiotherapy and some exercises related to physiotherapy. It is still being discussed the return to training effectively, but with an idea of football coming back from the middle of June,” revealed Campello.

Despite the release of Mayor Marcelo Crivella for the return of activities and Ferj’s position for the resumption of the Carioca Championship, Fluminense did not change its schedule and maintained home training for players until next Sunday, the last day of the month, as it was planned. Physical tests were carried out on Tuesday, which are customary at the beginning of the pre-season or after a long period of inactivity, and for the moment, the tricolor squad continues with no plans to return to CT Carlos Castilho center.

Until the end of the week, there will be a meeting with athletes, the technical commission and the board to define the guidelines for the first half of June - which will serve as a mid-season training period if the date of Carioca's return for the 14th day is confirmed. Critical of the movement of the other clubs to restart Rio’s tournament, Fluminense’s President Mário Bittencourt argues that it is not yet time to return to face-to-face activities in Rio due to humanitarian and legal issues. If a player is tested negative for coronavirus and infected after returning to training, the responsibility will be with the club itself.

In a note released after the meeting, Ferj reported that "the mayor revealed that the Scientific Committee (of the city hall) classified the Safe Game Return to Training Protocol as produced by Ferj and the doctors as irreproachable. There was an understanding that, under the guidance of and monitoring of clubs, players are better cared for and more secure.”

Still in the text, the note from Ferj says that there is a "prediction of the return of football possibly in mid-June, but without audience, the clubs should progress, step by step, with the phase of clinical evaluation, physical tests, rehabilitation exercises for effects of muscle inactivity and activities to recover working capacity.”

Unlike Rio de Janeiro, the big clubs in São Paulo showed a sign of unity in a meeting, held by videoconference this Tuesday afternoon (26), organized by the São Paulo Football Federation (FPF).

At the meeting, the presidents of São Paulo (Carlos Augusto de Barros), Corinthians (Andrés Sanchez), Santos (José Carlos Peres) and Palmeiras (Maurício Galiotte) delivered a refined speech. The tone of the meeting was to act with caution and respect for the guidelines of the health authorities, prioritizing the maintenance of health and restarting the State Championship when possible. No date has been set for the restart of the competition.

The idea is to make joint tests for the new coronavirus to players and to elaborate a training schedule, always following the guidelines of the health agencies. Football in São Paulo and throughout Brazil has been at a standstill since mid-March.

The quarantine decree of the State Government of São Paulo is valid until next Sunday (31) and there is a possibility that this period may be extended, depending on the pandemic curve of each municipality.