In the Fausto Macedo blog, at Estadão media, Fernanda Burle and Bárbara Teles, partners of the firm MJ Alves and Burle Advogados e Consultores, wrote an opinion column ensuring that it is possible and plausible to resume the discussion for the implementation of casinos in Brazil and legalization of some of the gambling activities to boost the economy and job creation at such a fragile time in the country's history. Read the full text of the lawyers. 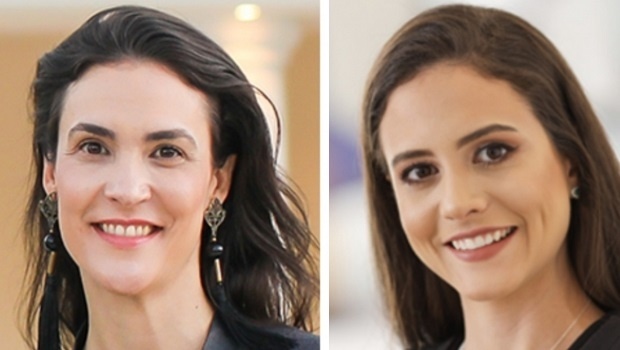 It is undeniable that the country (and the world) is going through an unprecedented crisis. Just as it is undeniable that, for years, the legalization of gambling in Brazil has been a controversial discussion among those who defend it as a way of generating jobs and revenues and, on the other hand, critics who go from the Public Ministry to the evangelical bench.

But now, within this context of economic collapse, the country has the opportunity to address the issue and there is even a way for this debate, created by Decree no. 10,349, of May 13, 2020.

This decree included in the Investment Partnership Program of the Presidency of the Republic (PPI) the policy of attracting private investments to the tourism segment. The objective is to implement new ventures in this sector and the tourist use of Brazilian cultural and natural assets.

To this end, an Inter-Ministerial Committee was created, responsible for establishing the priority for investments and evaluating regulatory alternatives to encourage and promote private investments, providing legal certainty to potential investors and possible socioeconomic impacts.

The Inter-Ministerial Committee will be composed of representatives from the Ministries of Economy, Tourism and Environment, opening the opportunity for the inclusion of large investments, such as the legalization of casinos and gambling in Brazil.

At the same time that the government created this committee, the Brazilian economy suffered major impacts on tax revenues that tend to worsen with the progress of the weeks due to the pandemic. While there is a discussion between the need for social isolation to reduce the curve of infected people and the importance of reheating the economy with businesses functioning normally, it is perfectly possible and advisable to rethink priorities and adopt alternative means to expand state revenue.

It is in this context that the discussion for the implementation of a new regulatory framework for gambling in Brazil is resumed. Since the ban, in the last century, the country has faced attempts to recover the casinos and legalize the activity.

Two bills are under discussion in the National Congress that provide for the Regulatory Framework for Gambling in Brazil: Bill (PL) no. 442/1991, pending in the Chamber of Deputies, and PL no. 186/2014, in the Federal Senate.

The Project in progress at the Chamber of Deputies establishes important and detailed requirements that must be met so that each casino can operate in Brazilian territory. As an example, a minimum number of hotel rooms is established, the need to create commercial space, meeting space, convention center, sports courts, leisure area, food court, nightclubs and an area suitable for the gaming machines.

The proposal from the Federal Senate does not establish as many requirements and, even the requirements it aims to create, are not as detailed as the other project. It establishes that the same company may be responsible for operating the casino and also providing all the necessary infrastructure (hotels, restaurants, convention centers, shows and concerts).

Of course, they are only proposals and adjustments, adaptations and revisions must be carried out during the analysis by the two Houses of the Legislative Power, according to legal, political requirements and in line with the legislative process.

Despite being at an advanced stage of processing, there is still space for discussion of the themes in the two Houses. Strong compliance requirements, clear rules for the operation of allowed games and implementation of casinos, good tax rules, the possibility of financial traceability and protection against money laundering, prevention of ludopathy and adoption of international control mechanisms must be considered for a precise defense legal, social and political theme.

There is an advantage to this legislative discussion in Brazil. It is possible to take the best of international practices and replicate them here. Yes, the fear of money laundering in Brazil is pertinent - just as it is worldwide. But several countries have faced this problem, they already have solutions and we can apply them here.

For all these reasons, we believe that it is possible and plausible to resume the discussion on the implementation of casinos in Brazil and to legalize some of the gambling activities to boost the economy and generate jobs at such a fragile moment in our history. Important businessmen and international associations show interest in the topic, helping to include games in the Brazilian governmental agenda.

The subject is complex, but now there is a concrete way, via the Inter-Ministerial Committee, for this discussion to stop being just binary, between those who are against and for. Prohibit for prohibiting, within our context of unemployment and economic collapse, is a simplistic view that no longer fits.

The opportunity to resume discussions on building a new regulatory framework for gambling can and should happen as soon as possible.


Fernanda Burle
Founding partner of M.J. Alves e Burle Advogados e Consultores. She has extensive experience in Government Relations in Brazil and worldwide, and has been recognized by international publications such as The Legal 500, Leaders League and Best Lawyers.

Bárbara Teles
Partner at M.J. Alves e Burle Advogados e Consultores. She works in the firm's advocacy area and was recognized in the 2020 edition of the international publication Leaders League.