European major leagues are back

The Premier League confirms return to June 17th, Italian Serie A on 20th

International bookmakers are preparing to offer again betting options on the big European leagues, suspended by COVID-19. UK Premier League confirmed its return date for June 17th, while Italian Serie A also announced this that it will return to the activity on the 20th. They join the Bundesliga (Germany) that already returned to activity on May 16th, while the Primeira Liga (Portugal) will do it on June 3rd and LaLiga (Spain) on 11th of the same month. 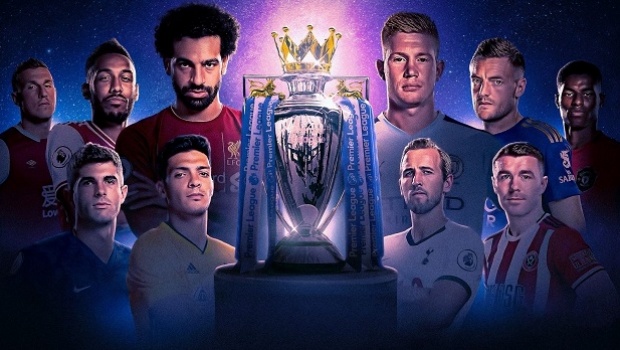 The Premier League announced on Thursday (28) that the tournament should be restarted on June 17th and that it will play the remaining 92 matches of the 2019/2020 season with closed gates. The date will only be changed if any of the safety requirements necessary for the health and well-being of the players is not met by then by the clubs.

For its part, the Italian Serie A will be the last of the major European leagues to resume the 2019/2020 season. The country's sports minister, Vincenzo Spadafora, made official that the competition will start again on June 20th. In all, there will be 124 games to be played (12 complete rounds and four more games that had been postponed from a previous round), all with closed gates.

The definition was informed by Spadafora after a meeting with the president of the Italian Football Federation (FIGC), Gabriele Gravina, and that of Série A Lega, Paolo Dal Pino. There will be, as in all other leagues that are resuming activities, several protocols to be followed with a focus on health, well-being, and safety of all involved.

With the Premier League return date confirmed, as well as that of Serie A (Italy), which also announced on Thursday (28) that it will return on June 20th, the major European leagues already have their destinations defined. The Bundesliga (Germany) has already resumed on May 16th, while the Premier League (Portugal) will do it next June 3rd and LaLiga (Spain) on June 11th. Ligue 1 (France) and Eredivisie (Netherlands) had their seasons cancelled.