With the aim of advancing at a government level with the project of the new hotel, casino and port in the Uruguayan resort town of Atlántida, all sectors involved in this development of great importance for local tourism met this week with the Minister of Tourism Germán Cardoso and the Undersecretary Remo Monzeglio. 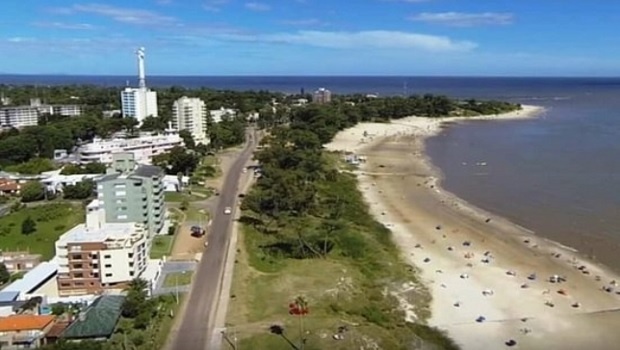 According to the information reported by local newspaper El País, hotel operators, gastronomic, businessmen, real estate agents and references in the nautical world gathered in organizations based on the so-called 'Costa de Oro’ (Gold Coast) met this week at the Ministry of Tourism, in order to move forward with the hotel, casino and port project in Atlántida.

The Minister of Tourism Germán Cardoso and the Undersecretary Remo Monzeglio participated in the meeting.

Atlántida is a resort town of the 'Costa de Oro’ in Canelones Department of Uruguay, 45 kilometres east of capital city Montevideo.

It was the second meeting to address the project at the government level with the sectors involved in the project, although on this occasion, the outreach to tourist entities with direct ties to the issue and with a territorial presence in the resort area was specified.

As reported to El País, the deputy deputy Alfonso Lereté, promoter of the initiative before the Presidency of the Republic, "there was unanimous support for the proposal and some elements were also provided that are considered relevant at the time of the concretions, as the case of an events venue in the future complex to enhance show tourism.”

The president of Atlántida’s Liga de Fomento, Daniel Cervini, affirmed that "we have dreamed of the port for many years, and we also dreamed why not, once it is established, that Buquebus can stop in the area." Cervini refers to the leading Argentine company that operates ferry services from Buenos Aires to Montevideo and Colonia.