Formula 1 to return in July with intial eight-race schedule

Organisers of Formula 1 announced that the motor-racing series will return in July after the COVID-19 pandemic delayed the start of its 2020 season, with an initial eight races across Europe and hoping to hold between 15 and 18 events in the rescheduled season. Competitions will begin with a double-header event in Austria, with the Austrian Grand Prix on 3-5 July and the second event a week later on 10-12 July. First races are likely to be closed events. 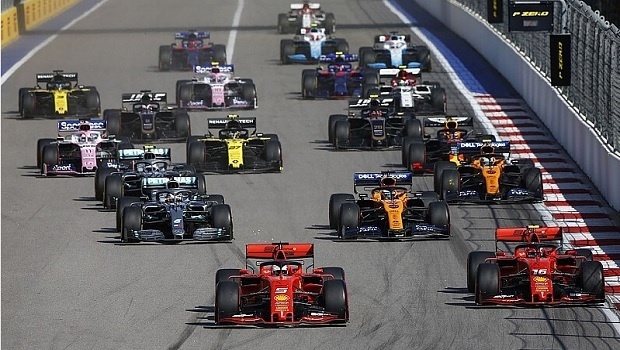 Originally, the 2020 F1 season had been due to start in Melbourne, Australia on 15 March, but organisers were forced to postpone this and all other races until the COVID-19 situation improved.

With the state of the pandemic in Europe steadily improving, organisers have scheduled an initial eight races across the continent, though it hopes to hold between 15 and 18 races in the rescheduled season, dependent on the wider coronavirus-19 situation.

The new-look 2020 season will begin with a double-header event in Austria, with the Austrian Grand Prix to run from 3-5 July and the second event a week later from 10-12 July.

Hungary will host a race from 17-19 July, while UK track Silverstone will stage a double-header event over the weekends of 31 July to 2 August and 7-9 August.

The series will then move on to Spain for a race event from 14-16 August, then Belgium from 28-30 August and Italy from 4-6 September.

F1 said the first eights races are likely to be closed events, but hope fans will be able to attend again when it is safe to do so later in the season. All F1 races will also be supported by Formula 2 and Formula 3 events.

“In the past weeks we have been working tirelessly with all our partners, the FIA and the teams to create a revised opening 2020 calendar allowing us to restart racing in the safest possible way,” F1 chairman and chief executive Chase Carey said.

“While we currently expect the season to commence without fans at our races we hope that over the coming months the situation will allow us to welcome them back once it is safe to do, but we know the return of Formula 1 will be a welcome boost to sports fans around the world,” Carey added.

F1, which hosted an eSports series in the absence of its physical events, becomes the latest major sports property to outline its plans to restart.