In a meeting held this Thursday (25), the Brazilian Football Confederation (CBF) and the National Club Commission (CNC) outlined the model and dispute dates of the ‘Brasileiro’, country’ Serie A and B football tournaments. The plan foresees that it starts in August, with Series A on Sunday (9), and Series B on Saturday (8). The championships, with 38 rounds, would last until February 2021. The CBF stresses that the return of football depends on the authorization of health authorities. 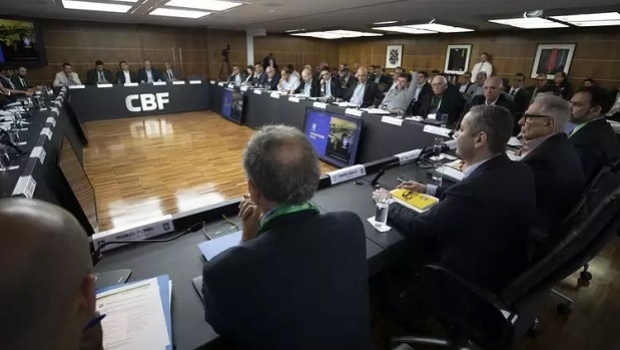 According to a note published on the CBF website, the basic dates and schedule were proposed by the entity's president, Rogério Caboclo, and received a good reception from the National Club Commission, which represents 40 associations that compete in Series A and B.

In the text, CBF stresses that the return of football depends on the authorization of health authorities. The organization also informed that 19 of the 20 Serie A clubs have given themselves the green light to play outside their respective cities, in case the municipalities of origin cannot receive sporting events because of the new coronavirus pandemic.

Regarding the sequence of the Copa do Brasil, the dates would be relocated alternately with the rounds of the Brazilian Championship. The proposal is for the resumption of the tournament with two games per week, with the exception of any dates reserved by FIFA for official and friendly matches.