Gradually, the main football championships in Europe begin to return with new security measures and without an audience in the stadiums. Italian, Spanish and German league matches, among others, are already on the pitch again. Thinking about it, youtuber, digital influencer and ambassador of LeoVegas in Brazil, Raquel Freestyle, gave some tips on her social networks so that fans can make the most of the return of European competitions. 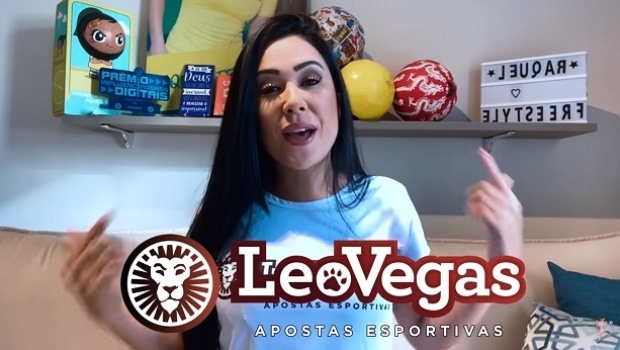 Ambassador of the LeoVegas bookmaker in the Brazil, Raquel Freestyle published a video on her social networks recently with the following message: "Place your bets on LeoVegas, who is the King of Betting. LaLiga is back and you can try your luck, being so easy to register. Let's try our luck and maybe can win some money! Good luck!"

In addition to mentioning the return of the Spanish Championship, in another video Raquel highlights the game of Juventus against Lecce for the Italian League. "Betting R$ 100 (US$18) on Lecce, you can win up to R$ 800 (US$145). Don't miss the chance to place your bet on LeoVegas", she advises, who mentioned that the platform has a series of other online games. To date, the post has received thousands of views and likes on YouTube. The partnership of the Brazilian influencer with the betting company was announced last month.

With millions of followers on social networks, Raquel Freestyle has a series of events held in several countries. Among them Germany, which was the first place in Europe to return with official matches.

The Bundesliga has become a global reference with the establishment of a strict safety and hygiene protocol to protect players, technical committees, club staff, referees and professionals involved in broadcasting the games. Therefore, this process served as a model for the Portuguese, Spanish and many other league that still plan the resumption.

It is worth noting that the German security model for both training and games is also being evaluated in Brazil by clubs in order to design the best way to restart face-to-face activities in their respective training centers, as well as by federations that try to create safe game methodologies.