The Federal Trade Commission (FTC) has approved the merger between Eldorado Resorts and Caesars Entertainment, after requiring Eldorado to sell two properties to Twin River Worldwide Holdings in markets where the deal was deemed uncompetitive. Eldorado agreed to acquire Caesars for US$17.3bn in June 2019, with shareholders of both operators approving the deal in November. 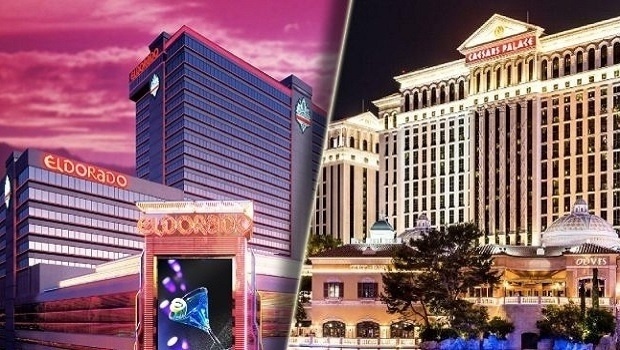 The required sales – of the Eldorado Shreveport Resort and Casino in Louisiana and the Mont Bleu Casino Resort & Spa in Lake Tahoe, Nevada for a purchase price of US$155m – were agreed in April.

Eldorado agreed to acquire Caesars for US$17.3bn – US$7.2bn in cash- in June 2019, with shareholders of both operators approving the deal in November.  However, the deal faced a complaint under the Clayton Antitrust Act, arguing that the proposed acquisition would harm competition for casino services in a number of regions.

In particular, concerns were raised over the South Lake Tahoe market on the California-Nevada border, the Bossier City/Shreveport market in Louisiana and the Kansas City market in Missouri and Kansas.

The decision will now face a 30-day period where it is open to public comment.

Tom Reeg, Chief Executive Officer of Eldorado Resorts, welcomed the approval. “We are delighted to announce the FTC’s approval of our planned merger with Caesars, which is expected to create the largest owner and operator of US gaming assets,” Reeg said. “We look forward to completing the Merger, subject to receipt of the remaining consents and approvals from regulators in Nevada, New Jersey and Indiana,” he said.

Eldorado also sold three casinos in Mississippi, Missouri and Pennsylvania to Century Casinos in anticipation of the deal, while Caesars sold the Rio All-Suite Hotel & Casino in Las Vegas.

This weekend, Caesars also announced that it will reopen its Bally’s, Caesars, and Harrah’s-branded casinos in Atlantic City on 3 July. Governor Phil Murphy has announced that casinos in the state will be permitted to reopen at limited capacity from July 2, after more than three months closed as a results of the novel coronavirus (Covid-19) pandemic.