Cirque du Soleil — the entertainment company responsible for dazzling guests in Las Vegas for nearly three decades — has filed for bankruptcy protection in Canada because of the pandemic. Cirque du Soleil has been the go-to entertainment provider for numerous Las Vegas Strip casinos. The company has held residencies at TI, New York-New York, MGM Grand, Mirage, Luxor, and Aria. MGM Resorts, the largest owner and operator of casinos on the Strip, is an official partner of the entertainment giant. 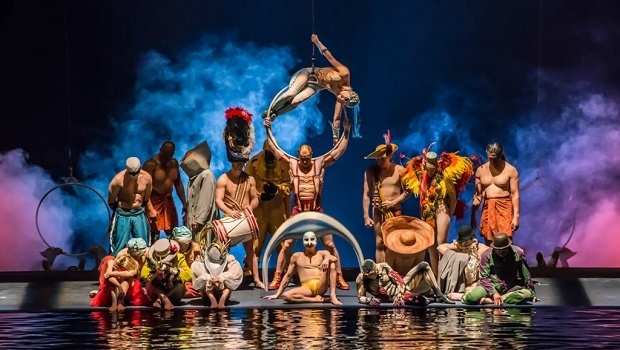 In an announcement Monday, the Montreal-based company blamed its bankruptcy on the "immense disruption and forced show closures as a result of the COVID-19 pandemic" and is aiming to restructure its debt with assistance from the Canadian government and private equity firms.

The filing comes three months after it temporarily suspended production of its shows, including six in Las Vegas. It also has about 10 shows on tour across the world, including "O," "Michael Jackson One," and "The Beatles LOVE."

Cirque entered a "stalking horse" bid from its largest backers, including a mix of multinational private equity firms from the United States, China and Canada for US$420 million. That offer is intended to be a starting point in an auction to draw other bidders.

The company has also received US$300 million in fresh funding to "support a successful restart, provide relief for Cirque du Soleil's affected employees and partners, and assume certain of the company's outstanding liabilities," it said in the release.

Cirque is drowning in nearly US$1 billion in debt, according to multiple reports. That's becoming increasingly untenable as its productions remain suspended. To help stem the financial loss, Cirque has laid off roughly 3,500 employees.

"For the past 36 years, Cirque du Soleil has been a highly successful and profitable organization," said Daniel Lamarre, CEO of Cirque du Soleil Entertainment Group in a release. "However, with zero revenues since the forced closure of all of our shows due to COVID-19, management had to act decisively to protect the company's future."