"From an economic side, it is clear the advantage of allowing gambling modes in Brazil”

Filipe Rodrigues is a lawyer specialized in sport and director of the Sports Management Institute (IGE). With so many issues on the rise, such as taxation on fixed-odd betting in Brazil, the eSports phenomenon during the pandemic and the release of all types of gambling, Rodrigues clarified some points and comments on how to make the Brasileirão one of the main football leagues in the world through broadcasting on betting sites. “Partnerships with the main networks and content platforms are necessary,” he emphasizes. 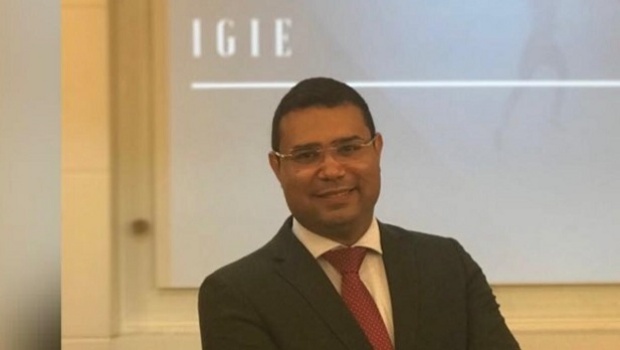 GMB -The government recently issued Provisional Measure (PM) 984/2020 that takes care of the “financial health” of football teams. During the analysis by Congress, Federal Deputy Evandro Roman sent a draft amendment suggesting the exclusion of prizes from the tax calculation base, bringing more light to taxation on the GGR. What is your opinion regarding this suggestion?
Filipe Rodrigues - The deputy's amendment was very positive. The current wording of Law 13.756 / 2018 prevents the future regulation from establishing a new tax criterion. What does not make sense. In addition, it is necessary to ensure for operators that they will not be taxed on amounts that are not part of their revenue. In this sense, the global experience has already proved that a licensed and open market and taxation on the GGR are fundamental pillars for the creation of a competitive and attractive market.

Operators do not want to enter a market with an onerous taxation model. Thus, if Brazil does not offer an advantageous environment, few operators in the market will offer less competitive betting products, resulting in low consumer demand. And the Brazilian bettor will migrate to more attractive markets, creating a low channeling rate here. In symbolic language, do we want to be late to the world market for regulated betting and, on top of it, poorly dressed? You can't!

According to Waldir Marques Jr., the undersecretary of Prizes and Draws of the Ministry of Economy, the government is already analyzing the issue of hiring consultants by BNDES for legal and financial advice to prepare all the studies necessary for a good bid for sports betting. What is your point of view in this case?
The studies carried out by the BNDES are always excellent, with high technical rigor. I believe that they will find the best professionals available in the national and international market. From now on, I make the Institute of Sports Management available to its various researchers in international law. After all, the sports market will be impacted, and it would be important to have technical and complementary opinions. I believe that we can help with unavoidable topics, such as eSports and games.

Integrity in sport is very necessary for both clubs and bookmakers to pass on credibility and confidence to the target audience. How do you believe that the regulation of sports betting can encourage inspection and the creation of specific departments for this within national clubs?
As the volume of business and money will increase significantly, it is inevitable that there will be an effective compliance system to detect fraud and a dissemination of a culture of integrity to educate all sports professionals. In addition, it is vital that bookmakers condition in their sponsorship contracts, the creation of departments and/or effective Compliance programs so that there is safety for all interested parties, as well as checking professionals who have already been involved in suspicious activities. The market needs to demand that.

The lottery is a source of income for various sports incentive laws, among other segments. With the sale of Lotex, do you believe that this revenue directed to public coffers will help the population even more?
It is a very difficult question to answer. It is necessary to consider that Caixa has been conducting federal lottery draws since 1961. And that Caixa, in 2018, generated R$6.5 billion resources for public policies, including sports. In other words, Caixa has expertise in the development of lottery products. Now, we will have the Estrella Instantânea Consortium in the Brazilian market, with Italian-American capital. What is the time for the instant lottery business to mature by the new operator? We do not know.

In Italy, the consortium is quite effective, with numbers reaching R$45 billion. In addition to the grant amount that was paid, which is well below expectations, the consortium should transfer 16.7% to the government for investment in public policies. According to the BNDES, this amount may reach R$1 billion per year and in the 15 years of the concession, a total of R$19 billion. We have to hope that the consortium is profitable in Brazil, otherwise public policies will suffer an even greater decline. So, in the short term, a reduction in the transfer value for social actions is expected and in the long term it will depend on the success of the new concessionaire.

PM 984/20 was issued, which determines that the rights to broadcast or reproduce sports matches belong to the club that plays at home. The measure amends the Pelé Law, so teams that have not yet given up their rights could use their internet platforms to broadcast their games or even sell them to interested sports betting sites. What is your point of view regarding this change?
The Supreme Court has already decided that the principle of sporting autonomy is relative and general rules for good management can be imposed. But in our opinion, there were interests of political and populist nature. Without the due technical, scientific and social rigor that the legal rules must pass. In spite of the urgency and relevance of the aspect that allowed the hiring of athletes for only one month (the Pelé law provided for a minimum of three months), with the objective of the clubs to finish the state tournaments that were suspended due to the global pandemic. The other aspects generated a lot of uncertainty and legal insecurity, affecting contracts and legal relations established before the edition of the PM, such as the contracts that Globo has with FERJ and the clubs in Rio.

In addition, there are numerous open questions. This is explained by the high number of amendments made during the regimental period: 91 amendments! There are open questions such as: should the home club pay the visiting athletes the arena right? Should the union be excluded from the text of the law? Should referees continue to earn for their image? What about technicians and members of the technical committee? Should the sale of arena rights be collective or individual? And finally, on the content of the amendments, the most famous of them, by Deputy Pedro Paulo, which would determine the creation of the club-company, with a strong interventionist nature and further reducing the autonomy of the administration and sports practice entities.

A consortium of two very important companies, such as Stats Perform and ZSM, kept the rights to broadcast the Brasileirão to betting sites abroad. Do you think this will help spread the local football and the image of Brazilian clubs to attract possible companies from abroad to teams here?
To be, in a few years, one of the top five leagues in the world and, in ten years, to compete with the first three (English, Spanish and German), three points would be essential. The first would be the creation of a private league, with corporate governance, transmitting confidence to the international market. In it, the representatives would not be amateur managers, but market professionals, highly prepared, without any CBF interference. Because there is a clear conflict of interest between the product it negotiates internationally, which is the Brazilian national team, and the product negotiated by the clubs: the Brasileirão championship.

Unfortunately, ‘clubism’ and poor management still hinder economic growth. The second aspect is related to marketing. The product deserves wrapping, starting with the name that is not easy to sell, but something should be created in English, like "BR league".

The third aspect is about the distribution of the content. It is no use having an incredible product and being poorly distributed. Just look at the strong performance of the English and Spanish leagues that have representatives in most countries in order to internationalize the brand and connect global fans. Something we don't do, and we are far from doing it. Partnerships with the main broadcasters and content platforms in the world would be necessary, with tastings and incentives in the first years of the contract. Only then, we would be minimally competitive. Today, we have a formidable championship, but explored in an amateur and domestic way.

eSports betting has been a phenomenon during the pandemic. What do you think of the popularity of this sector? Do you believe that even with the return of football and other sports competitions, eSports will remain high?
The pandemic has affected traditional sport like never before, causing the shutdown, suspension and even cancellation of all global sports activities, except eSports. This exception was notable from a technological, cultural, and financial point of view. This allowed online betting operators to create many products with a focus on eSports, which generated a considerable increase in the channeling rate for this segment according to research. The Australian market had an impressive increase of 2000%!

Many companies and executives who still did not understand eSports came to know its potential and its adaptive advantage during the pandemic period. This gave the segment a cultural growth even more important than the economic increase, which will still be fully felt in the future. Because there was a bettor who did not know eSports. Most of these beginners took advantage of this period to familiarize themselves and test the market. This will be seen from now on.

Do you believe that the release and regulation of various types of gambling (such as casinos, bingos, etc.) can inject more investment in Brazilian clubs, just as the bookmakers have done in a massive way?
From an economic point of view, there is a clear advantage in releasing all modes of gambling. And not just fixed-odd betting or casinos. There are three reasons. The first is the volume of business they can generate, amounting to tens of billions of reais, generating resources not only at the time of granting a concession, but in the entire production chain that benefits from gambling, technology, food, beverages, tourism, hospitality, real estate and many others. Illegal gambling translates into a huge loss of revenue.

The second reason is the flight of the Brazilian bettor to neighboring markets, like Uruguay and other international places. Whether from the point of view of physical activities or online ones. In any case, less employment and taxes are no longer generated here and are created in countries with more liberal and competitive legislation.

And, finally, the release of gambling would generate the resources that finance social public policies. Lotteries alone directed more than R$6 billion in 2018 to social development. This investment can be enhanced with the release of all types of betting and games. Include themes that are far removed, but should be central, such as innovation and games. I argue that part of these resources should be used to transform the Olympic park into the largest innovation center in the Americas, attracting private capital and innovation in public health, education, security, housing and sustainability, as was done in the English Olympic park after the Olympics there.