Conmebol to hold meeting this Friday

Libertadores discusses return date, should have games until 2021

The Conmebol board will meet this Friday (10) to discuss the necessary measures for the return of the Libertadores, the main club football tournament in South America. There is a debate on setting a date, although it is not certain that it will happen now. According to CBF calendar, there are days available from September to January for the competition, keeping all matches in the current format. The schedule release by CBF confirmed games of the Brasileiro and Copa do Brasil, with no specific dates for Libertadores and South American Cup. 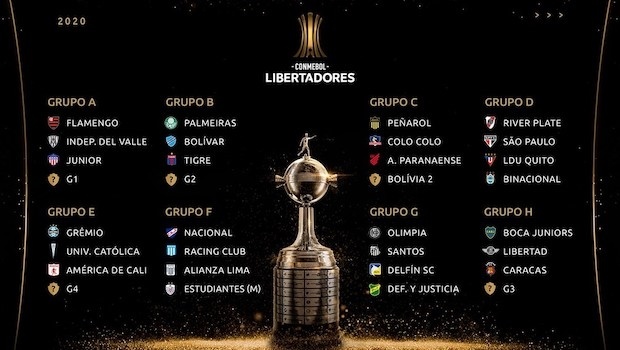 The schedule was coordinated between CBF and Conmebol and left spaces available for the return of Libertadores and South American Cup. There are 12 dates on which Libertadores games could be played on the Brazilian calendar. But one of them is at the end of August when it will no longer be difficult to travel between countries.

The first date most likely to be used is September 16 when there are Copa do Brasil games that do not involve Libertadores teams. It is in this month that Conmebol works as most likely to restart the tournament if possible.

Conmebol is discussing at its board meeting precisely the operational protocols for the matches. The biggest challenge is the issue of opening borders for team travel. There are some open countries with rules for entry, but not the majority.

The idea of the meeting is to define a scheduled date for the return of Libertadores if the protocols are approved. But not all members of the organization believe that this is possible now.

In the most optimistic scenario, Libertadores would be able to meet the schedule of 11 games needed until January 28. Dates in the Brazilian schedule are available in September, October, November and January. It is very unlikely that the final at Maracanã will be held for November as originally scheduled, being a more plausible scenario that moves to January.