"Gaming regularization opens up a new possibility for revenue, employment and tourism"

Congressman and delegate Felício Laterça is part of the Parliamentary Sports Front of the Chamber, a declared supporter of the legalization of gaming and he closely follows the process of regulation of sports betting underway in the country. In a conversation with GMB, he talks about the debates of the PMs of the law about football matches broadcasts, draws on TV, and the importance of having good consumer protection measures in sports betting. “There are many untapped opportunities in the Brazilian gaming market,” says Laterça. 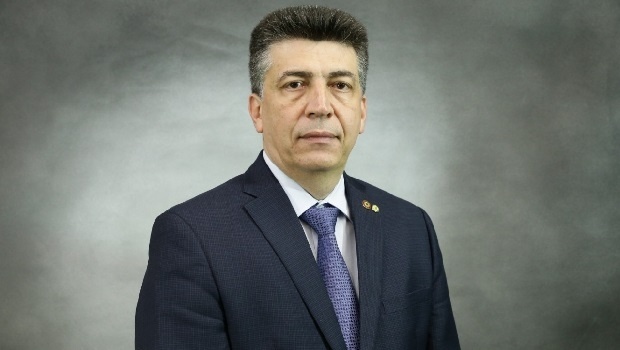 GMB - In recent months, there have been some changes in the sports betting regulation process, from the modification to a concession model to its inclusion in the National Privatization Program. What is your position on the progress of this regulatory process?
Dep. Felício Laterça - Provisional Measure 846/2018, converted into Law 13.756 / 2018, took a step towards the regulation of sports betting. It needs to cover rules, such as customer identity and consumer protection mechanisms, the destination of collected taxes, as well as strict measures against money laundering. For many years, these games have been played clandestinely in Brazil, so there is an urgent need to guarantee this legality, precisely so that the inspection bodies have real control of the money from this practice. Even because we are talking about a market that moves billions annually and there are many Brazilian gamblers who play in other countries legally - and the tax collection ends up being for these countries. However, legalizing sports betting is not enough. Along with this, we need a careful combination of responsible measures to develop the sector and create a safe environment for practice. I believe we are on the right path, but there is still much to do.

What has been the participation of the Parliamentary Sports Front of the Chamber in the sports betting regulation process? Has it been consulted by the Ministry of Finance for decision-making such as those recently released?
I believe that the Front can seek this dialogue with the MF to adapt the changes that were required. I believe it is also valid to evaluate the experience, cases and challenges of the United States, Latin America and Europe with a view to better international practices of this regulation when implementing measures similar to those established in other countries in relation to the sports betting industry.

In June, President Jair Bolsonaro published PM 984/20 that alters the rules for the rights to broadcast football games and gives the club that plays at home the right to negotiate directly with the networks. This gives a chance that the betting sites can also offer the games to their subscribers. What is your opinion about this PM? Do you believe that it can be another attraction factor for betting companies to invest in the country?
Provisional Measure 984/2020, which amends the Pelé Law, needs to be improved in the National Congress. I even submitted an Amendment for not agreeing to the reduction of contract for professional athletes. In the text presented by the Executive, the TV or radio station interested in broadcasting the match will need to negotiate with only one team, and no more with two. In addition, the club itself will be able to broadcast the event, opening a new source of revenue. This is a major step forward, as it weakens the monopoly that existed in the matches' broadcasts, equals the opportunity to broadcast to other companies and also generates a new source of revenue for clubs, since they can broadcast on their own platforms. However, the possibility of charging tickets to watch over the internet is a point that needs to be better discussed.

Another PM that caused a lot of controversy in Congress was the one that allows radio and TV networks to hold draws. What is your opinion about the debate on this measure?
The debate was extremely fierce, since the rapporteur, deputy Fernando Monteiro, expanded the scope of the original text of the PM. All attempts to change his text were rejected. The short deadline for discussions and negotiations on this measure left the parties a little dissatisfied as the final form extended the permission for draws to civil organizations, websites and cell phone applications, in addition to renegotiating the payment of grants to broadcasters.

In the midst of this debate, the question of the legalization of gaming also entered the agenda and was defended by parliamentarians. Do you believe that this appeal could lead to a reheating of the legalization process and that projects such as PL 244/91, which has already been approved by a special committee, can be analyzed and voted on in plenary?
Whenever the topic is on the agenda, the debate is naturally reheated, as parliamentarians bring up discussions of past projects that dealt with similar topics. However, we are facing a serious financial crisis with a serious impact on public health and the economy. So, this is a time to focus on the urgency of this problem and discuss solutions and laws that minimize the impact caused by COVID-19.

We also have another challenge: regulating online gambling. I usually say that, with this pandemic, we have moved forward 10 years in time in relation to technology. People are increasingly in the virtual world and, according to estimates, Internet bets currently move around R$ 3 billion a year, attracting 10 million Brazilians. There is a proposal in the Senate that prohibits the use of credit and debit cards in internet bets made by unauthorized sites. But the Chamber is looking at other restrictions, such as forcing gambling sites to be linked to companies that exist physically, such as casinos. In other words, there was still no consensus on this issue between the two Houses.

A recurring debate about gambling legalization is whether the country should allow all types of games within a regulatory framework or whether it should approve each mode separately, starting with the release of casinos in resorts. What is your position in this debate? Based on your experience within the Chamber, between these two alternatives, which way is the House more likely to follow?
As a first-term parliamentarian, who took office in February 2019, and the suspension of the Chamber's face-to-face work since March this year, it is premature to say which of the alternatives the House will be more likely to follow. At the end of 2019, there were 14 bills in the Chamber, some of them in progress for 25 years. We are talking about various types of games: bingos, casinos, online gambling, and lotteries. The main question, in my opinion, is how control and money laundering prevention mechanisms will work in practice. Another issue that we must be aware of is that we must be careful so that gaming does not reach children or the elderly, who are vulnerable to falling into scams and fraud. We also need to discuss technologies in favor of responsible online gaming and player protection.

The gaming industry is always very active in debates and attempts to have projects on the topic analyzed by Congress. Do you believe that this action is the most correct or would it be necessary to change tactics so that legalization is an agenda advocated by more sectors, can gain more space in Congress and win a definitive law?
It is up to the representatives of the sector to define the political articulations for the regulation of these games. The Congress, following its natural role, listens and debates with the sectors involved on the themes proposed in the House of Laws.

Finally, what is your perspective for the gaming market in Brazil? Do you believe that it can be an important factor in the country's economic recovery in the post-pandemic, generating jobs, taxes and other investments?
With the regularization of gaming, a new possibility of income and employment opens up and even the promotion of tourism. Sports betting is a new economic sector that is expanding. There are many untapped opportunities in the Brazilian gaming market.