Nevada gaming revenue down 99.4% in May

According to a report released by the Gaming Control Board this week, Nevada’s second full month of closed casinos due to the coronavirus pandemic led to just US$5.8 million in gaming revenues for May. A year ago, state’s casinos collected almost US$981.8 million, which means gaming numbers statewide fell 99.4%. Less than half the Strip resorts restarted their gaming operations on June 4. 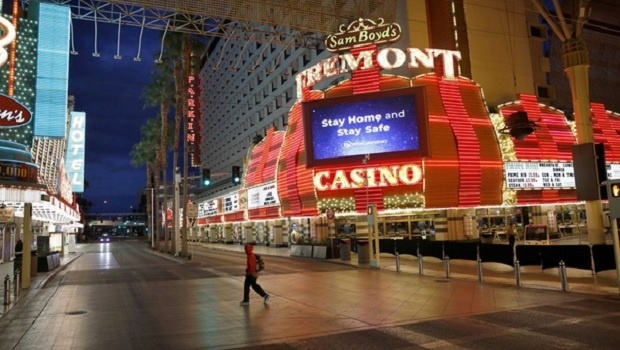 The Las Vegas Strip accounted for almost US$3.8 million of the total, a decline of 99.3% compared to US$517.3 million in revenue last May.

The total gaming revenue consisted of funds from Internet poker and mobile sports wagering. Casinos, which closed on March 18 as COVID-19 began to spread, accounted for zero revenues for the second straight month. Five reporting markets – including Reno and Laughlin – actually reported negative figures.In other markets, downtown Las Vegas revenues fell 96.45% to just US$1.9 million while South Lake Tahoe casinos collected just US$17,457 in gaming revenue, a decline of 99.9%.

In April, gaming revenues statewide totaled US$3.64 million. So, on the bright side, May was a nearly 63% increase over April.

The state collected just US$56,000 in taxes based on May revenues, down 99.9% compared with a year ago. For the fiscal year, which ended June 30, the state’s gaming tax collections were down 15.55%.

Nevada casinos reopened on June 4, but under COVID-19 health, safety, cleaning, and social distancing protocols. Capacity limits are in place along with a reduced number of slot machines and table game seats to provide spacing between players. Less than half the Strip resorts restarted their gaming operations on June 4, but other properties have since reopened.