Brazilian football club Vitória presented two sponsors for the rest of the season. The announcement was made by the club president, Paulo Carneiro, on his weekly show on Vitória’s YouTube channel. According to the director, the agreements with Casa de Apostas and Larco were facilitated by the presence of Vitória fans in both companies. 'The club, for sure, will give the counterpart through the participation closer and closer to our passionate supporter and associate,' said Carneiro. 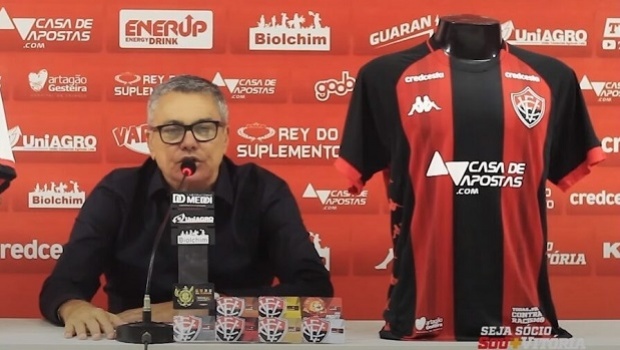 “Vitória had not had two sponsors of the size of Larco and Casa de Apostas for many years. Long time. This only increases the status of the club so that it returns to the glory times, which are so much closer,” said the president of Vitória. The contract values ​​were not disclosed by the manager.

CasadeApostas.com was founded in 2013 in Europe, with the creation of an incredible online sports betting platform, wide range of sports, live betting and pre-match, becoming a market leader.

The company is the bettor's reference for the Brasileirão, Champions League, Libertadores, F1 and much more. It has subsidiaries in many countries around the world with a vast technical staff and a large customer base.

“The sponsor that will be on the back of the shirt is the fuel distributor Larco, owned by the great red-black fan Paulo Evangelista. The other sponsor and that will be on the front of our jersey is a company in fast growth, which is CasadeApostas.com. Here I want to embrace another great red-black, Márcio Falcão, a passionate fan just like Paulo. A pair of great supporters who are coming close to the club, giving their great contribution. And the club, for sure, will provide the counterpart through the ever-closer participation of our passionate supporter and associate,” said Carneiro during the show.

Paulo Carneiro also anticipated the launch of the third club uniform for 2020. “There are two and there will be three. In the next 30 or 40 days, we will be launching shirt number 3, which is very beautiful,” he added.