Pay4Fun is increasingly consolidating its presence in the market. And now, users can use their virtual wallet to have fun at one of the largest and most famous online sports betting sites in the world: LeoVegas. The company opens the chance to shoot guesses in more than 30 traditional sports with an exclusive sector for eSports, among other options. 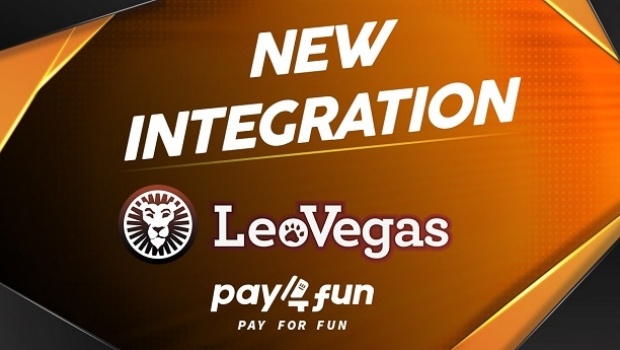 LeoVegas is a Swedish online sports betting company. Having established itself in 2012, the firm brings entertainment to everyday life in a fun and enjoyable way. Easy and portable fun that works on any device thanks to the benefits of the latest technology.

The online gaming website opens up the chance to shoot guesses in more than 30 traditional sports. However, it goes beyond offering an exclusive sector for eSports and also presents options for creating tickets in politics and other events, which are included in the non-sports betting item.

Football, of course, appears more prominently, opening the possibility of betting on leagues from more than 50 countries, in addition to international tournaments. But hunches are also available in sports such as tennis, basketball, baseball, athletics, boxing, cycling, horse racing, motor racing and American football, among others.

LeoVegas features personalized environments and engaging games, providing a superior player experience. One of the features that stand out in the LeoVegas App is the Touch ID, which takes the user directly to the betting tables safely through a simple touch. The LeoVegas App offers new and interesting features regularly, both for Apple and for the Android system.

Another key feature of LeoVegas is LeoSafePlay. The function provides options for setting account limits, time and deposits. This is a very important tool to ensure that players have fun, placing bets within their possibilities, in accordance with the Responsible Gaming policies.

LeoVegas is a publicly traded Swedish company with shares on the Stockholm Stock Exchange. Its license as a gaming operator has been granted and is audited by MGA (Malta Gaming Authority), a world reference company regarding betting regulation and responsible gaming in the world.

In addition to the fantastic partnership with LeoVegas, Pay4Fun has one of the best-rated customer service in its category. Pay4Fun achieved a 95% satisfaction rate with its customer support. That represents an increase of 28% in positive evaluations only in the first half of 2020. The global standard value of customer service excellence is around 86%.

Pay4Fun is also consolidating its presence in the market. Recently, Pay4Fun saw a 24% increase in the number of customer service calls. Compared to the number of services in 2018 and 2019, Pay4Fun achieved a 1700% growth. Soon, Pay4Fun will be launching the Pay4Fun App, with several functions that will make its customers even more satisfied.