Sports lottery: the first step to open the gaming sector in Brazil

The concession of sports lotteries demonstrates, once again, the Government's intention to rethink the exploitation of the gaming sector games in Brazil, in its different modalities and formats. As part of an investment attraction agenda, the concession will provide the best exploitation of this type of bets (games of chance and games of skill), with the opportunity to use the best and safest international practices, say lawyers Marcos Joaquim Gonçalves Alves and Bárbara Teles in an opinion column for local news outlet Estadão. 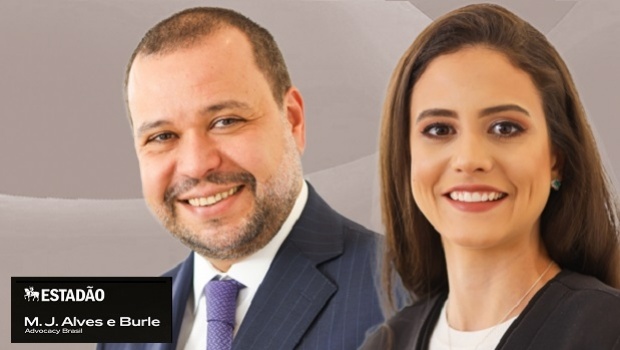 Last June 10, an important step was taken by the government to finally take the gaming market out of the shadows and regulate a new model, more modern, safe and with parameters similar to the rest of the world.

As part of an effort to continue the investment agenda, the 13th meeting of the Council for the Investment Partnerships Program (CPPI) qualified several priority projects. Among them, the concession of the so-called “fixed-odd bets”, which in good Portuguese are sports bets, now included in the National Privatization Program (PND). The project schedule has not yet been released or included on the PPI website, which should be done soon. Therefore, it is in the initial phase, at the stage of studies to support the divestment.

As we know, gaming is prohibited in Brazil, with the exception of those that are controlled by the Union, which fall under the “consortium and sweepstakes systems” (item XX of art. 22 of the Federal Constitution).

With the granting of fixed-odd bets, the Government intends to “i) relieve the State from acting in an area with a high degree of innovation; and ii) improve the business environment and generate jobs” - the quotation marks are CPPI's. In addition, the resolution on qualification mentions the “need to reorder the strategic position of the State in the economy, transferring activities unduly exploited by the public sector to the private one”.

Sports lotteries are bets on real sports-themed events that define how much the bettor can win in the event of a hit right at the time of placing the bet. Despite being closely linked to football, these bets are not restricted to this sport. The exact definition of how much the bettor can receive if he makes the right prediction is the characteristic of this gaming model.

The inclusion of the project in the PND was recommended to the President of the Republic by CPPI Resolution no. 134/2020, published on June 19 in the Official Gazette. The National Bank for Economic and Social Development (BNDES) is designated as responsible for monitoring the privatization process under the coordination of the Ministry of Economy, just as it was for the Exclusive Instant Lottery (Lotex). Despite this, the calendar containing more information and dates is pending publication on the PPI website.

The current legislation determines that the lottery is an exclusive public service of the Union, and the Ministry of Economy is responsible for authorizing or granting its exploitation (Law No. 13,756 / 2018). The Federal Law establishes the destination of the collection according to the bet (in physical or virtual environment).

The regulation of these sports bets is still pending. The preparation of the Decree has been underway since 2019, with some Public Consultations promoted by the Ministry of Economy's Secretariat for Public Policy Evaluation, Planning, Energy and Lottery (SECAP), open for the purpose of discussing the draft regulations. During Public Consultations, many contributions were received from various agents in the sector, associations and individuals.

The third and last SECAP Public Consultation was closed in March this year, motivated by the change in the service's exploitation model, which would have been previously authorized and, after analysis by the National Treasury Attorney's Office (PGFN), the need was seen that it was established by public concession.

Last month, the Undersecretary responsible for the portfolio at the Ministry of Economy declared that the intention is that the regulation of sports betting is ready by the end of this year. In addition to the recent new Public Consultation, with the pandemic, we observed a delay in completing the Decree.

As there are no regulations, some points cause discomfort for foreign investors. One of them is the tax issue, since the Decree must conform to the rate provided for in the Law and in the past there were differences in the minutes discussed. Another point of attention is the fact that the operation of the business in some Brazilian states is sustained by injunctions granted by lawsuits, since they could not have lotteries operating.

Some existing deficits were addressed during Lotex's troubled auction. Lotex was included in the PPI at the 1st Board Meeting, at the end of 2016 and, after studies by BNDES, the concession was approved at the 3rd Meeting, indicating its privatization modality.

Starting with the project in 2017, it was only completed in October 2019, after several postponements and suspensions due to lack of interested parties. The concession was granted to the Estrela Instantânea Consortium, formed by the companies International Game Techology (IGT), of Italian origin, and Scientific Game International (SGI), of American origin.

Lotex was a first step towards opening the Brazilian lottery market. Even with a complicated process, it demonstrated in practice the possibility of advancement in this sector and sparked the first discussions on the topic. A good reference was the recent decision by the Federal Court of Accounts (TCU) that supervised the second and third stages of the privatization process of this public service and attested that the formal requirements in the case of the sale of Lotex were met - this is the Judgment n. 1.421 / 2020.

To remedy the existing shortcomings, we believe that the edition of the Decree for the Regulation of Fixed-odds Sports Betting will bring legal security to attract foreign investment as a guideline for the continuity of the project.

One of the points of great importance is the regulation of the communication and marketing actions of betting lotteries. The Law indicates that they must be guided by the best practices of social and corporate responsibility, but does not indicate other guidelines or ways of doing it - which will be the responsibility of the Regulatory Decree.

Rules that can simplify the system and create control mechanisms should be considered. In addition, ensuring rigidity in the collection of taxes, determining possible investors and requirements for exploitation, establishing penalties for companies that practice irregular exploitation, defining the target audience, establishing clear rules of compliance and preventing illicit activities and compliance international best practices on the topic. The Government's commitment to the theme demonstrates the seriousness and social impact of the lottery and gaming sector in Brazil.

For all these reasons, it is important to reiterate the opportunity to rethink a legal and regulatory framework for Gaming in Brazil, with a view to bringing rules to allow the exploration of other types of games (not only the official ones promoted by the Federal Government today) and rather the big games of chance, differentiating them from games of skill (poker, for example). This new framework should include aspects such as the prevention of ludopathy and other behavioral disorders, which are important social aspects for the development of these investments in the country.

The concession of sports lotteries demonstrates, once again, the Government's intention to rethink the exploitation of the gaming sector in Brazil, in its modalities and formats. As part of an investment attraction agenda (tourism, gastronomy, hotel infrastructure, etc.), the concession will provide the best exploration of this type of bet (games of chance and games of skill), with the opportunity to use the best and most safe international practices.