Three changes made by Congress were excluded

President Jair Bolsonaro signed on Tuesday (21), with vetoes, the law that authorizes the distribution by broadcasters and radio of prizes to the public through a lottery, gift certificate or contest. Planalto vetoed the expansion of participation by telephone and free distribution of prizes without prior approval. According to the Government Secretariat, three of these changes made by Congress were excluded in order to meet 'the public interest and constitutionality.' 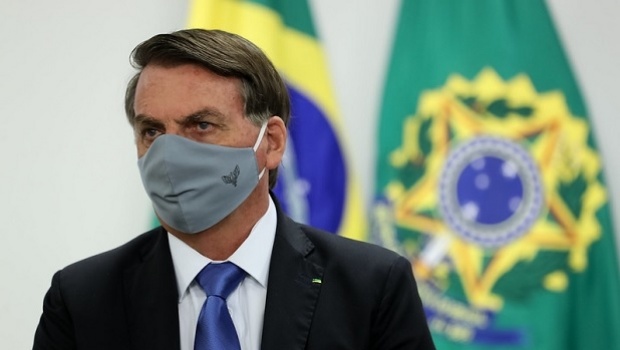 The main rules have been in force since March, when the government sent a provisional measure (PM) on the subject to the National Congress. As the Chamber and Senate made changes to the text, the agenda returned to Bolsonaro's table for analysis of the final version.

The PM sent to Congress are immediately valid, but must be approved within 120 days so that the rules are not canceled. With the sanction, the text comes into force definitively.

"In view of the period of prolonged economic crisis, the project represents an important alternative for the current market of Brazilian open television networks, since it will make it possible to make it more competitive in the industry, resulting in positive impacts on the economy and generation of jobs," the government said in a statement released on Monday (20) night.

According to the Secretariat of Government, three of these changes made by Congress were vetoed to meet "the public interest and constitutionality." The government withdrew a change that would increase the participation of the interested party by telephone "since, many times, the participant would be charged for the call without even knowing.”

It also vetoed the free distribution of prizes without authorization from the government. This would avoid, says the authorities, protection against crimes such as money laundering and tax evasion.

Planalto also decided to veto the monetary update of the payment of the public price after the approval of the agreement by the National Congress, if there was no rule expressed in the bidding notice. The government pointed to a budgetary impact with no source indication on this stretch.

When it sent the PM to Congress, the government said the initiative was intended to support investment in broadcasting technology; leverage the audience of broadcasters; and to stimulate the interest of viewers, the hiring of advertisements and the production of culture, entertainment, information and education programs.

“The current market for Brazilian open television networks has been going through a period of prolonged economic crisis [...]. The exploitation of commercial promotions by the concessionaires of the broadcasting service of sounds and images, provided that it is properly delimited and regulated, can have positive impacts on the economy and job creation,” said the government.

The law requires prior authorization from the Ministry of Economy for the free distribution of prizes above R$ 10,000 (US$1,900). In addition, participation in sweepstakes, contests and gift certificates is limited to a CPF and people over 18 years of age.

According to the text, the participation of the interested party will be preceded by registration, through an application, computer program or by telephone. The company authorized to carry out the draw must ensure the confidentiality of the registered information.

In case of non-compliance with the rules, the text provides:

To carry out a draw, the civil society organization must present, among the social objectives, at least one of the purposes: to promote social assistance, education, health, among others.

The text prohibits these organizations from distributing prizes for campaigns of political party or electoral interest, as well as the distribution or conversion of prizes into cash.