Renato Gaúcho is the favorite

Flamengo ran out of a coach shortly after renewing the contract with Jorge Jesus, and now needs to find a replacement quickly when the Brasileirão 2020 is only 20 days away. Betfair, one of the most important bookmakers worldwide, opened the chance for Brazilian players to bet on who will be the next coach of the popular Rio de Janeiro’s team. Renato Gaúcho ranks as the favorite to succeed the Portuguese. 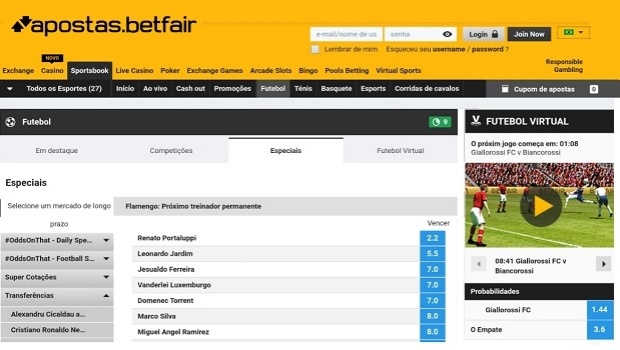 Within the football section, Betfair also has a space dedicated to "special" betting, since they are not the results of games but are related to current events where the user is offered to bet on the outcome of that event. There, this week is available the opportunity to choose Jesus' replacement for Flamengo’s bench.

Although Flamengo's board of directors has already commented that it will probably hire a new coach from abroad again, the truth is that the Betfair Sports market for the next coach indicates Renato Gaúcho as the favorite to succeed the Portuguese.

The Brazilian coach who has been in Grêmio has already confessed that it would be a dream to guide Flamengo in the future and this could be a golden opportunity for that to happen, with him rated at 2.20 to become Flamengo's next permanent coach.

The desire to bring in another foreign coach, and preferably a Portuguese one, may have already led Flamengo to contact the accredited Leonardo Jardim who has already coached teams like Monaco, Olympiakos or Sporting with great success.

In fact, there are even rumors that it was Jorge Jesus who appointed his compatriot to succeed him, however, the Portuguese press has already said that the former Monaco coach will have refused this chance because he did not want to leave Europe for family reasons.

Still, despite this news, he is second on the Betfair list with a price of 5.50 since he seems to be the favorite of the board of Rio’s club. 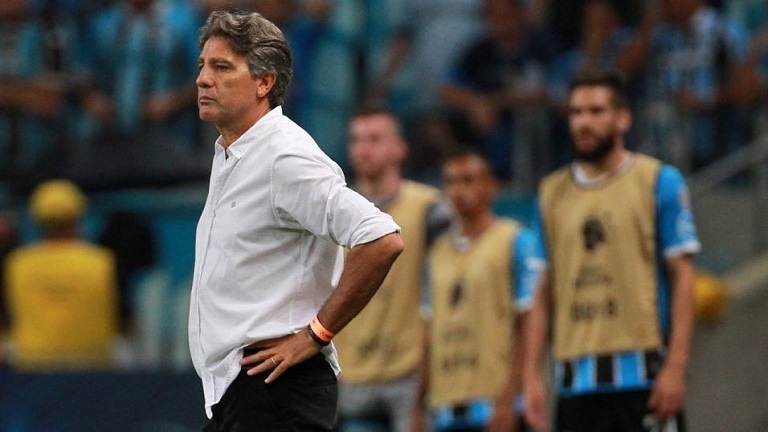 In a list that already includes several names as possible Flamengo coaches, the Portuguese and Brazilians dominate. Jesualdo Ferreira (7.00), currently training Santos and Marco Silva (8.00), former Everton coach, are both candidates with game ideas that could follow Jorge Jesus' work.

As an alternative to the Portuguese, Flamengo's board of directors has those usual options at its disposal. One of them is team’s icon Zico (10.00) who is a man of the house and would certainly be cherished on arrival at the club, or also of two experienced Brazilian coaches like Vanderlei Luxemburgo (7.00) and Luiz Felipe Scolari (13.00), both with experience leading great teams.

The expectation is great among the fans of Flamengo these days, as they did not expect to be without one of the most successful coaches who has ever worked in the club. Jorge Jesus won six trophies in just one year and one month, highlighting the Copa Libertadores, Brasileirão and even a playing a Club World Cup Final.
The club's board needs to run for a new coach, as the Brasileirão 2020 is coming quickly and it will be important that the new head has some time to get to know his players and implement his work system before the competition starts.