Until end of Brazilian Championship

Esporte Clube Bahia announced that CasadeApostas has became its new master sponsor. The agreement is valid until the end of the 2020 Brazilian Championship and is an expansion of the partnership that started last year. In addition to Bahia, the bookmaker supports other important Brazilian football teams as it is the master sponsor of Vitória and also works with Santos and Botafogo. 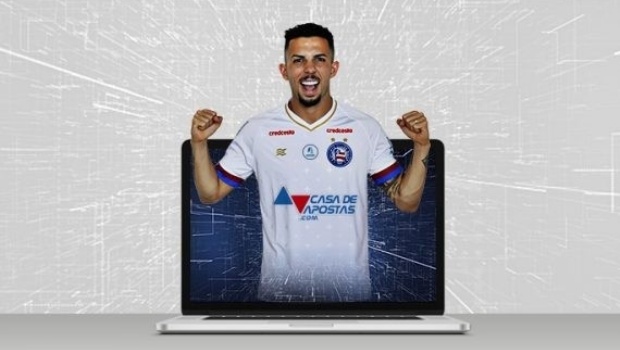 Esporte Clube Bahia announced that CasadeApostas is its new master sponsor. The company of European origin, which has been a partner of the club since last year, will start displaying its brand on the front of the tricolor uniform, with a contract until the end of the 2020 Brazilian Championship.

Bahia's marketing manager, Lênin Franco, celebrated the success and commented on the news.

“It is important for Bahia because, as everyone knows, during the pandemic the club had a drop in its revenues. CasadeApostas was already a partner of ours in 2019 and we negotiated a new contract, this time extending to the end of the Brasileirão, changing its position and improving the value. It was an increase in revenue in a period when we had more difficulty in balancing the accounts. We thank CasadeApostas for believing in this work that we have been doing and investing even more in Bahia. This is important. Create lasting partnerships that grow every year,” he said.

The official debut already takes place yesterday night (22), when Tricolor faces the Náutico team, in the Pituaçu stadium, in a match valid for the Northeast Cup.

Created in 2013, CasadeApostas is part of the group that has the same name with several branches around the world, composed of a vast technical staff, in addition to a large customer base.

After the approval of law 13.756 / 18 by the federal government, which guaranteed the legality of sports betting in the country, the company established itself in Brazil in April last year with the purpose of being one of the largest in the market.

In Brazilian football, CasadeApostas is also the master sponsor of Vitória (BA) and has agreements with Santos and Botafogo.