In Ciudad del Este, employees of casinos and gambling venues took to the streets this Wednesday (22) to demand the reactivation of the sector. It has been almost five months since the last time these establishments operated, informs local newspaper Última Hora. The sector was not even included in phase 4 of the so-called ‘smart quarantine’, already in force in Paraguay, as it left out Alto Paraná (where Ciudad del Este is located). 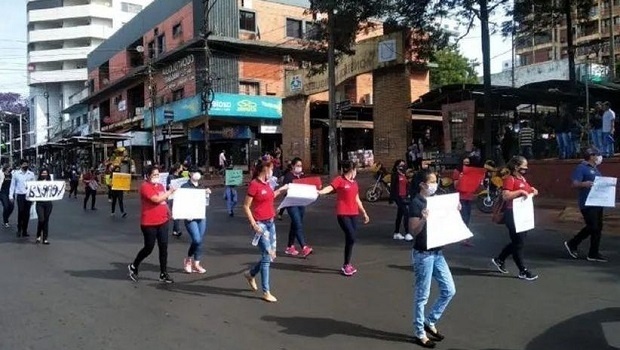 In Asunción, the Paraguayan Association of Travel Agencies and Tourism Companies insisted that the government set a timetable for the reopening of airports and borders, so that the country is again included in air connections, reports the newspaper La Nación.

"We know that the crisis continues, that the pandemic is at its peak, but as this is not resolved overnight, we need at least a date to be set, so that international airlines can plan trips again," said Rosanna Fustagno, vice president of the entity.

"And we are not just talking about leisure travel. There are people who, for reasons of health, work studies, international congresses need air options," she explained.

In Ciudad del Este, employees of casinos and gambling houses took the streets this Wednesday (22) demanding the reactivation of the sector.

Newspaper's correspondent Wilson Ferreira listened to a casino maid, Leticia Coronel. She says that the situation is desperate and that the subsidy they receive from Social Security does not pay basic expenses.

The problem, according to her, is that the sector was not even included in phase 4 of the ‘smart quarantine’ already in force in Paraguay, but that left out Alto Paraná (where Ciudad del Este is located), Central Department and Asunción, due to the increase of cases of COVID-19 in recent weeks.

That means that, even when phase 4 is valid for these regions in two weeks, casinos are left out, along with borders and schools.

Another worker, Esteban Ramírez, complained that pubs and malls are already running, but said nothing about the casinos. "We are also part of this (in the economic sector) and we want the authorities to see the complaint of our people," he said. According to him, there are about 300 employees directly affected in the border region, but there are another 3,000 people indirectly affected.