For state tournament and Brasileirão Serie-C

Botafogo-PB informed this Thursday the signing of the master sponsorship contract with estadium.bet. The bookmaker will have its brand displayed on the club's uniform, advertising boards in the CT and in the stadium during the Paraibano Championship and Brasileirão’ Serie C. This is the company's nineth agreement with Brazilian football clubs. The operator continues to increase its reach despite the crisis generated by the pandemic. 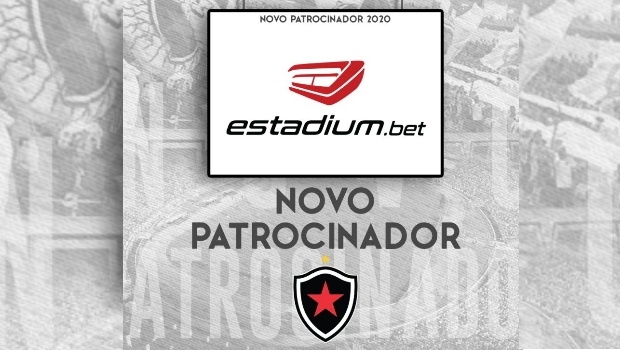 In addition, the company logo will also be displayed on the pitch advertising board in Maravilha do Contorno, CT of Botafogo-PB, and in the Almeidão stadium during the Paraíba state Championship and the Serie C of the Brasileirão.

Botafogo-PB welcomed the new sponsor on its social networks. “Estadium.bet recognized the strength of the club and signed contract with Belo. Welcome to the Biggest one in Paraíba!,” said the club.

Headquartered in Germany and present in 16 countries, estadium.bet remains in Brazil despite the crisis generated by the pandemic in the entire betting market and now continues to expand its reach with new partnerships in the promising Brazilian football market.

Estadium.bet is one of the companies that has invested the most in national football. In addition to Botafogo-PB, the company also supports Atlético – GO, Santa Cruz, Decision, Vila Nova, Goiás, Ceará, Salgueiro and Paraná Clube.

The bookmaker’s platform has a selection of sports and live betting that offers fans a wide range of leagues and championships around the world. Brazilian Serie A, Bundesliga and Premier League are part of the menu, as well as NBA, NFL, NHL and many other events.