Statements by the bank’s president

Pedro Guimarães: "Caixa to open the lottery sector until next year"

Economy Minister Paulo Guedes has repeated that he plans to privatize or go public with some public companies later this year to help with government accounts. One of them, however, is Caixa Seguridade, the fourth largest insurance group in the country and one of the subsidiaries of Caixa Econômica Federal. In the government's plans, this IPO will pave the way for the opening of capital of other sectors of the public bank, such as lotteries, until next year. 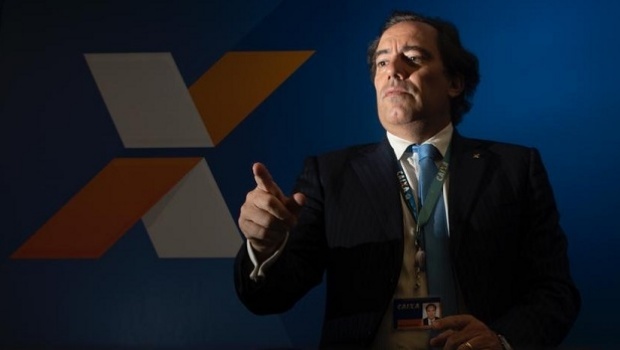 In an exclusive interview with local media Metrópoles, Pedro Guimarães, Caixa's president, said that the plan is to make the first IPO (without giving up control of the company) in October 2020. “For that, of course, we need a series of authorizations. But we are confident,” he said, however, avoiding talking about values. Privatization is not on the radar, but going public will improve governance, argues Guimarães.

“Today, Caixa Seguridade is worth more than in March, when we didn't have the digital bank that the emergency aid against the coronavirus enabled us to open. Today, we have 120 million people on that platform. Of course, they will not be all, but if 50 million remain, we are already the biggest big tech in Brazil,” he values, remembering that 40 million people are having access to the banking system for the first time through the initiative.

This digital platform, in fact, can also be transformed into a subsidiary and be publicly traded until next year, according to Guimarães. "We also want to open, but before, at the end of this year and the beginning of next year, the capital of the card and lottery sector; we still don't know which one is first," he explains. “And, finally, asset management,” he concludes, listing five sectors to be publicly traded.

The bank itself may face this process of going public if the model works well with subsidiaries. “President Bolsonaro has already made it clear that the privatization of Caixa is out of the question, but we can, in the future, consider going public. To do this, we must first open the subsidiaries and see the reaction,” evaluates the company's president.

For him, the opening of capital, in addition to resources to the government, will bring benefits to the company. “We here make everything transparent, but I prefer that we have another 200 thousand members, because then your explanation has to come every quarter. I think it is more efficient in terms of governance,” concludes Guimarães.