An aggregate of about 25,000 casino staff from two of Macau’s six gaming operators had been tested for COVID-19 as so far, with all the results coming back negative, said an official from the city’s Health Bureau during a press conference last Friday at the Novel Coronavirus Response and Coordination Center. The data concerned casino staff from respectively SJM Holdings and Sands China. 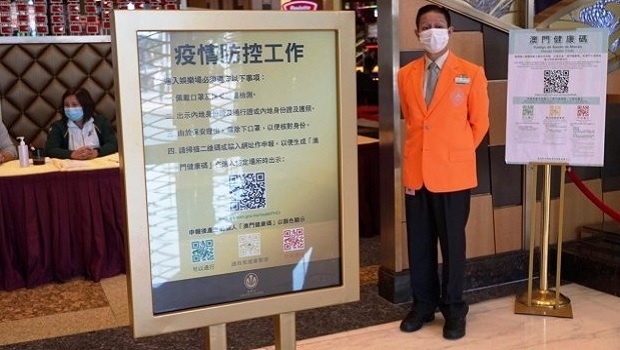 More than 25,000 Macau casino workers have undergone COVID-19 tests so far, with no positive cases reported, according to the Macau Health Bureau. According to local reports, the figure was revealed during a press conference of the Novel Coronavirus Response and Coordination Center.

The testing, starting with so-called front-line workers, was part of new precautionary measures for anyone entering gaming venues in Macau. The government officials said the nucleic acid testing for casino staff would continue to be done in batches.

A previous government statement noted that front-line workers, such as casino dealers, cage workers and security staff, would be prioritised. Macau’s gaming industry employed more than 58,000 people at the of 2019, including more than 25,400 casino dealers, according to official data.

The Macau government has said it has the capacity to test between 4,000 to 5,000 casino staff a day.

From July 15, all patrons entering the city’s casinos are required not only to have their body temperature measured and to display a health-declaration statement, but also have to present a certificate of a “valid nucleic acid test” proving freedom from COVID-19.