Amidst the uncertainties present in the betting market, Brazil’s Supreme Federal Court (STF) sets guidelines regarding the payment of ISS (Municipal Service Tax) on the activity. Lawyers Rafael Marchetti Marcondes and Lorenzo Midea Tocci, from Pinheiro Neto Advogados, made an analysis for the JOTA website where they explain how everything will work in practice and how important is this topic so that companies that want to invest in Brazil have security. 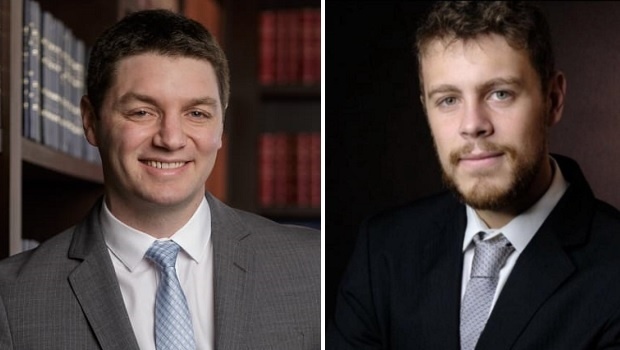 In a judgment published on July 1, 2020, the Federal Supreme Court defined the incidence of ISS on turf betting activity. For the Court, the sale of betting tickets, whether in person or electronically, is characterized as a service subject to municipal tax.

The precedent established in Extraordinary Appeal No. 634.764 / RJ is extremely relevant, as it was affected by the system of general repercussion that makes it decided for the parties - Jockey Club Brasileiro and the Municipality of Rio de Janeiro - to other entities that operate in the betting industry.

The decision taken by the Supreme Court affects not only Brazilian turf, but the betting sector in general, as is the case with lotteries, betting cards, coupons, sweepstakes and prizes, among others.

It draws attention to the applicability of the decision and the parameters set out therein especially for online sports betting companies, which despite having been authorized to operate in Brazil only in December 2018, with the advent of Law No. 13,756 / 2018, quickly began to move large amounts in Brazil, which, by the way, are still well below what is seen in other countries in the world.

This is a sector that tends to grow in the country. To illustrate the relevance of this segment, British TV network BBC estimates that in 2019 the market for online betting related to football has moved more than 100 billion dollars, while bets involving competitions developed by the North American leagues American basketball (NBA), baseball (MLB) and hockey (NHL) move together US$80 billion a year. According to the American Gaming Association, for the Super Bowl 2020, 26 million Americans are expected to register online bets, amounting to close to US$7 billion.

Finally, the numbers show the greatness and relevance of the theme, as the trend is to have increasingly expressive numbers in Brazil in the betting market. For this reason, it is necessary to observe what the precedent established by the Federal Supreme Court in Extraordinary Appeal nº 634.764 / RJ, defined as parameters for the entities that operate in this segment.

The first concerns the legal nature of betting activity. According to the rapporteur of the process, Minister Gilmar Mendes, the activity of turf betting is “a human activity provided with an economic purpose (…) in favor of a third party”, therefore, falling within the concept of service.

The positioning of the Supreme Federal Court is not surprising, since in the 1980s, although under other legislation, the Court had already decided on the constitutionality of the ISS levy on the exploitation of betting activity, in Extraordinary Appeal No. 74.849 / SP, by Minister Décio Miranda, published on DJ of 2.20.1981, and in Extraordinary Appeal No. 74.506 / SP, by Minister Leitão de Abreu, published on DJ 13.2.1981, both the cases involving the Jockey Club São Vicente.

Thus, whether the sale of bets made in person or online, and regardless of the modality involved, whether sports or not, the ISS will be charged on the consideration received by the operator, based on the provisions of item 19 of the List of Services attached to the Complementary Law 116/03.

It is precisely at this point that the second parameter established by the Federal Supreme Court in the leading case emerges: the basis for calculating the ISS in betting sales activities.
To arrive at the amount due as ISS, Minister Gilmar Mendes segregated the result obtained with bets in two: (i) the portion of the bets that returns to bettors in the form of prizes; and (ii) the portion of the bets intended to remunerate the operator's activity.

Regarding the portion of the bets that is paid to bettors in prizes, the Supreme Court decided that it was the income of the winning bettor and not the operator. If the resource does not remain with the company or association that manages the bets, the payment of tribute cannot be demanded from it.

Furthermore, as Minister Alexandre de Moraes pointed out, “the taxation by the Municipality on the total value of the bets incurs usurpation of the competence of the Union, which, according to article 153, III, of the Federal Constitution, has the power to institute the Income Tax.”

As regards the portion of bets intended to remunerate the operator's activity, they vary, but are fixed by law. For turf bets, Article 23, § 2, of Decree No. 96.993 / 1988 [4], provides that entities that carry out betting activities may retain from 32% to 38% of the total value of the bets, with the remainder owed return to bettors. In the case of online sports betting, article 30, item II, item “f”, of Law 13.756 / 18, destines to the operator only 8% of the total collection of bets in a virtual environment.

It was precisely this percentage retained by the betting management entities, which the Supreme Federal Court defined as a possible calculation basis for the ISS. In the words of Minister Gilmar Mendes, “regardless of the fixed percentage, I understand that the provision of services is remunerated at the amount withdrawn by the respective service provider,” who rightly concluded that the ISS can only apply “on a percentage of the stake, the which corresponds to the amount retained by the entity.”

Thus, from the judgment of Extraordinary Appeal No. 634,764 / RJ, it is observed that the Federal Supreme Court established two basic premises that will guide all betting activities from now on: (i) the activity of betting sales is subject to ISS tax; and (ii) the tax can only be levied on the percentage of bets that is retained by the operator, and not on the amount that returns to bettors in the form of prizes.

This definitions brought by the Supreme Court are extremely relevant to provide security to investors in this business sector, who, especially with regard to online sports betting, point to the possibility of injecting huge amounts into Brazil.

The signaling is positive, but it is not yet time to wait for an ‘all in’ on the part of the operating agents, who are not yet sure of investing their capital here, due to the uncertainties existing in this business, which unfortunately suffers from clearer regulation.