After the Paraibana Football Federation (FPF) called the Public Prosecutor's Office and the Paraíba Sports Justice Court (TJDF-PB), when learning about an alleged match-fixing scheme, specialized websites canceled the bets on the competition. The game valid for the 9th round of the Paraibano Championship between CSP and Sport Lagoa Seca, last Wednesday (22), would have been removed from bookmakers' websites in Brazil and abroad by alerts from Interpol about a possible fraud involving this match. 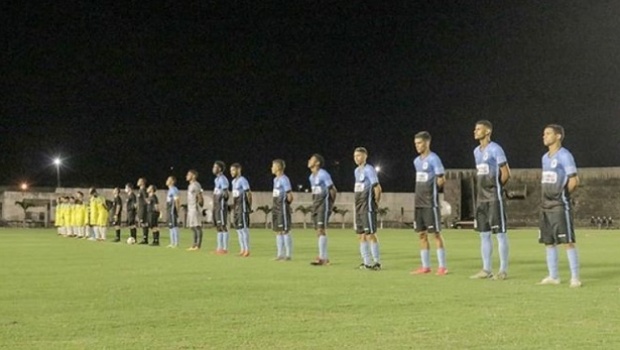 According to information from experts of the betting sector, the game valid for the 9th round of the Paraibano Championship between CSP and Sport Lagoa Seca, last Wednesday (22), would have been removed from the bookmakers' websites of the Brazil and abroad.

According to these experts, the most bet result would be 6 x 0 for the CSP and the game was withdrawn from the sites in the middle of the second half, when the match was 4 x 0 for João Pessoa's team.

At minute 26 of the second half, the CSP scored the fifth goal, at minute 34 it scored the 6-0 and at 42 the final 7-0. Interpol working teams are reported to have alerted bookmakers to possible fraud involving this match.

The complaint came to light after Sousa team's president, Aldeone Abrantes, said he had received a financial offer to participate in a “maneuver” in the club's match against Sport Lagoa Seca, for the second round of Paraibano.

The FPF sued the Public Ministry and the TJDF-PB, this Tuesday (28), after having access to audios that would prove the attempted manipulation.

The president of the Paraibana Football Federation (FPF), Michelle Ramalho, sent an official letter to the president of the TJDF-PB, Raoni Vita, where she asks that “all appropriate measures be taken for the accurate investigation of the facts and that all those responsible be exemplarily punished.”

In addition, in the letter the FPF informs that the Special Action Group Against Organized Crime (Gaeco) of the Public Prosecutor's Office was reported and the audios forwarded to these bodies. The betting sites removed the championship from the grid and some of them reported that customers look to get the stake reimbursed.

This is not the first time that a possible manipulation of results has occurred in Paraíba. Football officials and referees were convicted by the Justice in the context of Operation Cartola, of the Civil Police and Public Prosecutor of Paraíba, launched in April 2018.

For the Brazilian Championship D Series, in 2019, the match between Campinense x Vitória (PE), which ended with Raposa winning 4 x 0 in Campina Grande also raised suspicions of result manipulation.

In January of this year, the president of Sousa Esporte Clube, Aldeone Abrantes, denounced a supposed result manipulation scheme in the 2020 season of the Paraibano Championship.

In a WhatsApp audio, the director stated that he had been contacted by emissaries from “a well-known person linked to football in Paraíba” to participate in the scheme. On the occasion, the president of the Paraibana Football Federation (FPF), Michelle Ramalho, said that she had access to the audios and that she sought the authorities and gave the material to be investigated. Until the publication of this article, nothing happened.