For the Brasileirão championship

Botafogo is negotiating a sponsorship contract extension with bookmaker Casa de Apostas. Club and company had an agreement signed in 2019 to display the brand on the scapula of the team's uniform, but the partnership was suspended due to the pandemic of the new coronavirus. The Rio de Janeiro’s club displayed the bookmaker’s logo in a recent friendly match and hope to count on the partnership during the next Brasileirão championship. 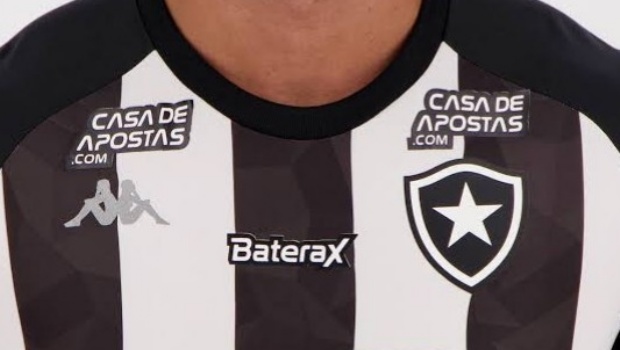 Botafogo's commercial department is negotiating an extension of the sponsorship contract with Casa de Apostas, a website specialized in sports betting. The information is from the “Dinheiro FC” column of the “O Globo” newspaper.

The contract with the brand was signed in 2019 and had an initial duration of 12 months, but due to the pandemic of the new coronavirus that caused the football stoppage, the deal was affected - the logo is stamped on the front of the jersey, next to the shoulders.

Recently, Casa de Apostas expanded its sponsorship contract with Bahia and became a master sponsor, displaying its logo in the most noble space of the ‘Tricolor’ uniform, precisely the opponent of Botafogo in the debut at the Brasileirão.

The commercial area of the club continues to seek new partners and conversations have become more frequent with interested parties since CBF released the new calendar.

In the friendly match against Fluminense, last Saturday, the brands exhibited on Botafogo’s uniform were Casa de Apostas, Baterax (in front, between the shield and Kappa's logo, and in the back of the shorts), STX(on the shorts), Visit Now (on the back, below the number) and TIM (on the shirt number).

Casadeapostas.com is an online sports betting company, founded in 2013, on Europe. The Casa de Apostas Group has subsidiaries around the world with a vast technical staff and a large customer base.

As of Law 13.756 / 18, signed on December 12, 2018, the website casadeapostas.com started the project to adapt to the Brazilian market, effectively establishing its activities in Brazil from April 2019.