“If sport betting is well implemented, sponsorships and club revenue will be able to grow”

Lawyer Elvio Henriqson is President of the Gaúcha Academy of Tax Law and an MBA in football club management. In an exclusive conversation with GMB, the specialist spoke about the importance of a well-designed regulation so that Brazil can generate revenue not only for the State but also for operators and the public. Henriqson says that clubs could “pressure the National Congress to urgently approve the sports betting law” in an attempt to show the positive revenue from this activity. 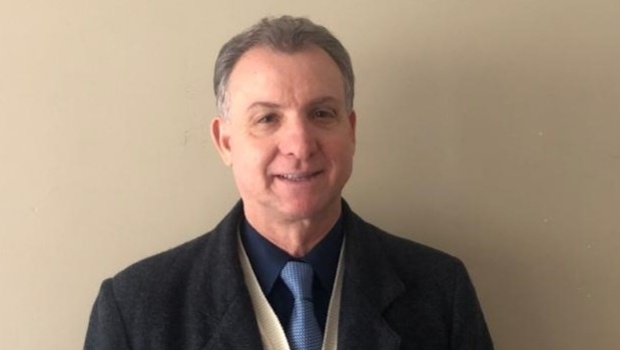 GMB - On Twitter, you said that clubs could “pressure the National Congress to urgently approve the sports betting law”. What benefits do you see that can be generated when the activity is regulated in the country?
Elvio Henriqson - The practice of sports betting via several websites is consolidated worldwide and since it is not possible to carry them out in Brazil, it means that all these revenues are outside of Brazil. The regulation of this activity in the country represents directing all this collection to the Brazilian State and other people who participate in these activities.

There was a time when banks were the biggest sponsors of Brazilian football. Nowadays, master sponsorships are in hands of bookmakers. Do you believe that, because they have a direct connection with football, bookmakers are more effective in the results of an investment in clubs?
In 1993, Zico brought to Brazil the model adopted by Spain, enabling the promotion of sport through the legalization of bingo games. Subsequently, the Pelé Law followed this up with another format until this possibility was revoked. There is no doubt that the fan is passionate about his club and if he can bet on it he will move the sports betting market a lot.
Betting on a team from Croatia during the pandemic creates little attraction for the public. Betting on big teams in the European league generates some attractiveness due to their appeal. But nothing compares to betting on your favorite team.

Could the change in PM 984/20, determining that the rights to broadcast or reproduce sports matches belong to the club that plays at home be something that could help to promote Brazilian teams globally?
It is a measure that in theory makes it possible for big clubs to try bigger revenues than those paid for on television and that weaken small clubs. It is an equation that many are curious to know for how many clubs will represent an increase in revenue and for how many will represent a loss. For small clubs I don't see any other option to negotiate collectively because in their games, considering the universe of fans interested in the match, the main attraction will be the opponent.

According to the CEO of the American Gaming Association (AGA), Bill Miller, “no one has a greater interest in preventing scandals than legal betting operators.” Do you believe that with the regulation of this industry in Brazil, clubs and councils of regional and national championships will be encouraged to create specific departments for sports integrity?
This subject has been widely discussed worldwide. There are mechanisms to prevent fraud and the operation can be done very safely. But nothing is immune to the small percentage of fraud like everything else in life. There will be situations of fraud and the legal consequences for those involved are provided for in the law.

Regulation became a topic of national interest, joining the PPI and remaining in the hands of the BNDES to develop it until the delivery of licenses. According to your vision, which system is best to implement for the Brazilian market? Unlimited authorizations or granting a certain amount as currently in the agenda (30 licenses)?
At the time of the Zico Law, licenses were granted by the Ministry of Sport. Then, in the Pelé Law, the assignment passed to CEF via GENAB - GERENCIA NACIONAL DE BINGOS. CEF could receive this award.
Regarding authorizations, if the idea is also to promote sport, there could be no limit. This would be regulated by market interest.

Would you like to be called by the Government to give an opinion or make any suggestions from the point of view of your law area? What key points should you take into account when drawing up the best regulation?
I worked a lot in the granting of licenses during the Zico Law and the Pelé Law. I know of the problems that occurred and the flaws in the legislation that prevented the promotion of sports entities and that culminated with their end. If I can collaborate, I think Brazil should be concerned with regulating and creating a new source of funds for football clubs.
The first key point is taxation. The tax burden cannot make the operation unfeasible and, when this occurs, there is a risk that tax evasion systems will be created. The second is inspection. Everything must be implemented with transparency and the possibility of control. And, finally, the slice destined for the final beneficiary of the revenues cannot be negligible: in the bingo season, they were left with only 7% and the operator with 28%.

Recently, the government issued PM 984/2020 which takes care of the “financial health” of football teams. During the analysis by Congress, Federal Deputy Evandro Roman sent an amendment suggesting the exclusion of prizes from the tax calculation base, bringing more light to taxation on the GGR. What is your opinion regarding this deputy's suggestion?
This discussion is also known. If the tax is levied on everything, the margin decreases, and the percentage charged may make the operation unfeasible. Article 676 of the Income Tax Regulation at the time of the bingos provided that the IR should be levied on the lottery prize. The tax authorities understood that any type of game would be included in this article and taxed everyone. The jurisprudence confirmed. There was an exemption only for games with prizes below R$ 11.10. Today, the exemption is the IR table range. If the law and regulation are not clear and the percentages are not feasible, the activity may be made unfeasible.

At the beginning of the pandemic, some bookmakers had to suspend or cancel their contracts with football teams due to the shutdown, which directly affected their revenue. With the championships gradually returning, we already see new sponsorships coming from bookmakers. Is this an industry that tends to return to investing in Brazil even with traces of the COVID-19 crisis still affecting football?
I understand that it is a path of no return. This market will reach all countries.